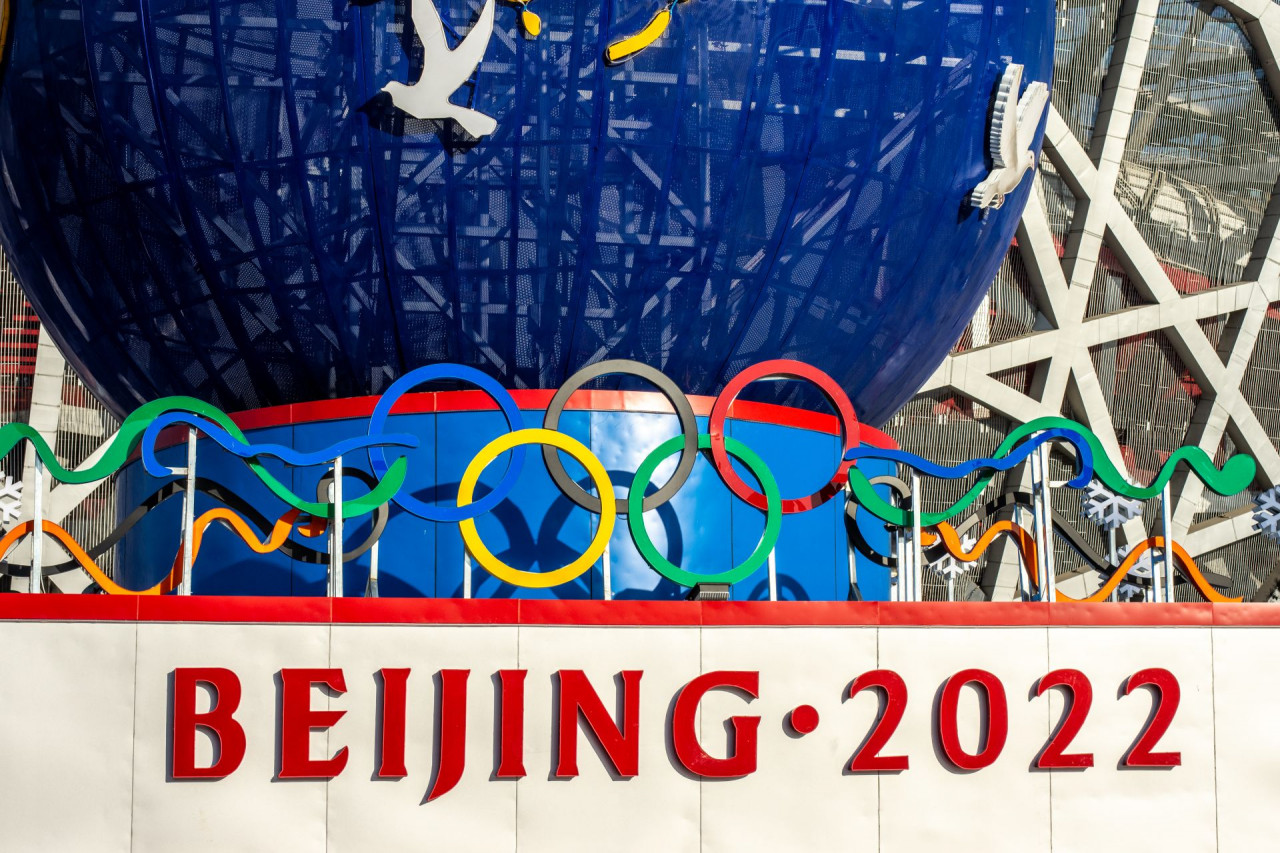 One thing that stood out during the recent television broadcasts of the (pre-war) Olympic Games was how few commercials from Olympic sponsors were shown. Were they reluctant to be associated with the controversial political situation in China or was it merely a practical choice?

The ratings in the Netherlands were not all that bad during the recent Olympic games: on average, around a million people watched the daily episodes of 'Peking Vandaag' (Peking Today) and the talk show Studio Peking. The live broadcasts of the skating events were seen by more than a million people as well and online chatter was abundant. What stood out was just how few Olympic TV commercials were shown: Toyota - one of the sponsors of the Olympic Games - had an ad campaign and the Sponsor Loterij showed some commercials, but that was basically all. Something odd happened with the ratings in the United States. On certain days, broadcaster NBC saw the average number of viewers drop by more than fifty percent compared to the Olympic Games held in Pyeongchang four years ago. During last summer's Olympic Games, there were similar massive drops in ratings. At the time, advertisers had to be compensated later in the year because the promised GRPs had not been met.

Absence of sponsors
PR Week published an interesting article about the absence of sponsors in Western media. Major Olympic sponsors such as Coca-Cola and Visa maintained a low profile in countries such as the Netherlands and the US, even though it is a widely known fact that sponsoring an event of that magnitude only truly benefits your brand if you make the connection between the sponsor and the Olympic Games explicit in your communication.Ruud van der Knaap, expert at Triple Double, believes that sponsors maintained a low profile in the West in particular, although he is a bit more careful towards a direct connection between their scaled-down marketing efforts and the political situation in China. "It is important to remember that these Winter Games were held fairly soon after the Summer Olympics and many sponsors are probably waiting for the Games that will be held in Paris in 2024. Due to its proximity, that event will be a bigger deal for many viewers. On top of that, we don't know exactly what is happening in other countries; perhaps advertisers are concentrating their efforts elsewhere. The Netherlands is not a key market for certain sponsors."

PR Week's article also considers the human rights violations in China, which may inspire a degree of reluctance among sponsors. "The problem is simple, and will have been played out in PR meetings in boardrooms of all of these companies. Being overly supportive of the Games, without making reference to accusations of human rights abuses in China, will lead to criticism from the West. Equally any statement that criticises the Chinese government may hurt prospects of doing business in the country."

Political discussion
Of course, major ad campaigns will always lead to more questions: do brands really want to associate with a country devoid of democratic values? Western sponsors appear somewhat reluctant to get involved in a difficult situation, especially since their narrative will be far simpler during the 2024 Games in Paris. Martijn Jaartsveld, strategy director at media agency STROOM, also noticed that not much was happening. "I saw some ads from Toyota, but that was just about all. I do believe brands are careful not to get caught up in a political discussion. In that sense, it will be very interesting to see what will happen at the end of the year during the World Cup in Qatar."

We all love football
Martijn Vlasblom, strategist at M2Media, agrees that fewer advertisers were active during the recent Olympic Games. "I do believe this is an accurate conclusion and I think the explanation has to do with the essential difference: We all love football, but the Olympic Winter Games are mainly interesting for sports fans. When the Dutch national team plays in a major tournament, the entire country is decked out in Orange flags for a whole month and everyone is glued to their television screens. Even people who normally couldn't care less about football suddenly watch every game, simply because it is a cultural event that they want to be a part of. Setting aside the football aspect entirely, this feeling of national pride is something that advertisers are eager to be associated with. Not just to reach out to a large audience or sell more products, but also because - in many cases - it reflects positively on their brand and its core values."

That is less of a factor during an event such as the Olympic Winter Games, Vlasblom believes. "The Olympic Winter Games, on the other hand, are made up of a large number of different sports, most of which are unknown or not particularly popular in the Netherlands," Vlasblom explains. "As a result, the audience mainly consists of sports fans, there is less engagement and the audience is smaller. The only thing that makes our collective hearts beat faster is the skating events, but even those don't inspire the same feelings that a football match would."


World Cup
To him, there is no doubt whatsoever that more advertisers will focus on the World Cup later this year. "I am absolutely certain that will be the case. The only thing I don't know is the extent to which the human rights violations in China and Qatar affected advertisers' decision to associate their brand name with this event. Call me a pessimist if you want, but my gut tells me that isn't much of a factor, especially for major international advertisers."

In other words, we will have to wait until the World Cup starts at the end of the year to see major TV ad campaigns. The question remains whether major brands want to be associated with a tournament held in a stadium that was built with no regard for human rights, in a country where money rules. Perhaps brands are more willing to take that risk during the World Cup than during the Winter Games, which are undeniably less popular. After that, all eyes will be on Paris. It shows: politics, sports, media and advertising are more connected than ever.