Big budget Christmas TV ads can cost millions but are the likes of Coca-Cola and John Lewis getting their money's worth? 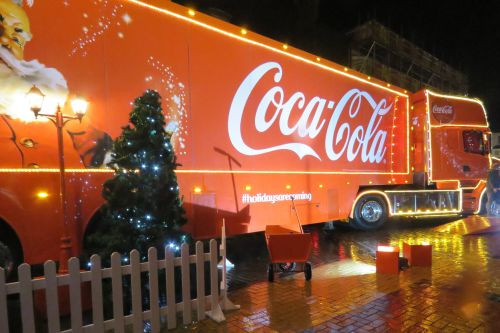 They can cost millions to make and only a few will capture the hearts and minds of the British public. For many Christmas advertising marks the start of the festive season in the UK, but are they big business for brands or a self-indulgent waste of money?

This year's round of Christmas TV adverts are with us- Tesco (record number of complaints from anti-vaxxers); John Lewis (friendship between boy and alien) and Lidi (whistle-stop tour through time)- with experts offering their verdicts on the winners and losers of the annual bun fight for eyeballs.

Winners and losers this year
John Lewis might have been leader of the pack in recent years but rivals this year have flexed their creative muscles to bring festival cheers to living rooms and, hopefully, deliver a sales boost for themselves. Coca-Cola's offering, created by DentsuMB, which sees a cardboard chimney bringing people together, won it for Jaime Mandelbaum, chief creative officer at the creative agency VMLY&R, EMEA.

Mandelbaum cites it as having a "warm, nostalgic feel " which reminded him of Home Alone and The Goonies. The Coca-Cola advert is also the favourite of Tom Drew, executive creative director at advertising agency Wunderman Thompson, having "just the right amount of charm, without being too, well saccharine". This year's winner for John O'Keeffe, former global chief creative officer at WPP, is the discount retailer Aldi, featuring footballer Marcus Rashford as a football playing radish. O'Keeffe say is has a "core idea" and is "nicely written with great production values" and "to top it all, it's all done on behalf of Barnandos". On the flip side, O'Keeffe said the "less said about Tesco the better" saying it was a "mess".

Christmas advertising stats
Brands are expected to spend nearly £1bn more marketing their products this festive season than last year, according to industry figures from the Advertising Association and research firm Warc. In total, UK companies are forecast to shell out a record £7.9bn on advertising during the critical "golden quarter" to Christmas, which marks retailers' most lucrative three-month sales period.

This is an uplift of 13 per cent on last year, which was dented by Covid restrictions. Of the £7.9bn, TV spend is forecast to jump by nine per cent to £1.56bn. "Strong fourth-quarter projections for TV – a medium heavily leveraged by retailers during the golden quarter – and search, which encompasses activity on e-commerce platforms, suggest it will be largely business as usual for the industry this year." said James McDonald, the head of data content at Warc.

The cost of making a TV ad?
Festive TV campaigns can cost hundreds of thousands of pounds to make and, in some cases, millions, with a big chunk of the spend on buying advertising space. For example, John Lewis was said to have spent a jaw dropping £8m on its 2018 ad featuring Elton John playing his hit Your Song. This time round, the John Lewis ad, created by Adam & Eve/DDB, is also thought to have cost in the millions. Experts say the retailer splashed out around £1m devising the idea, filming it, employing actors and special effects.

On top of that, it is thought to have spent around £5m promoting it, with the bulk going on securing key advertising spots. Thousands have also been spent on replicas of the alien spaceship too. October and November are the most expensive time of year for TV advertising, as big brands come to the market and they look to grab the most sought after spots with the best programmes. Many of the big name brands launched in early November with retailers, in particular, seeing the benefit of launching adverts early and spending big. John Lewis, for example, launched its Christmas ad on November 4 and within minutes it was trending on Twitter and later in the day it had been viewed over five million times.

TV advertising can be expensive
There is no doubt TV advertising over the festive period, particularly in the prime time slots, will be expensive for advertisers. But as Mandelbaum points out "there are many ways to 'advertise' on other channels and with other assets that can help to cement the campaign or even be the core of it without necessarily relying on TV". "Smart businesses will be looking to create a genuinely unified end-to-end experience with activations across the whole customer journey from TVC, online, radio, DOOH, print, PR, social and in-store, leveraging innovative technology to drive people to transaction moments and personalise elements of the campaign," he adds.

But do big budget TV ads work?
The benefits of a big budget TV ad are up for debate. According to market research outfit Kantar, they do work. Kantar says a great Christmas TV ad will help the advertiser cut through the noise and, furthermore, it "sparks conversations". Fundamentally, Kantar says a good Christmas ad should boast three ingredients: tell a good story in which the brand plays a key part; trigger an emotional response; and prove an epic Christmas experience that draws people in.

Yet critics point out that lavish spending by a retailer might seem out of sync with the public mood, given Covid and job cuts across the retail sector in recent years. One expert likens Christmas TV advertising spend to a "space race", with each brand trying to outdo each other, which he says is not a sensible manner to run a business.

Spending big on Christmas ads is worth it!
According to Dan Pimm, co-founder media agency December 19, Christmas TV advertising is "very important" for brands. Pimm says: "Such a big volume of business comes through their door in the final two months of the year, it is crucial for them to steal a march on their competitors." Pimm says the importance of Christmas advertising can be seen by the "level of production" and "celebrity usage".

Actresses Jenna Coleman and Dawn French and actor Tom Holland are among the quota of celebrities appearing in this year's Christmas adverts. Pimm adds: "The added issue this year is there has been incredible YOY inflation in the market this year. Old school advertisers have returned but are now joined by the new breed of e-commerce brands who embraced TV advertising in the lockdown so the demand has been ramped up and pricing up around 50 per cent." Meanwhile, Mandelbaum says the Christmas advertising in the UK is hardwired into the culture. "The whole nation talks about them; they are part and parcel of the culture," he says.

Christmas advertising is "unproven"
But not everybody is convinced. Nick Bubb, a retail analyst, says the commercial benefits of Chrstmas ads is "unproven". He says that "by the end of the festive season they all blur into each other, with viewers unable to tell which is which".

What the brands themselves think?
Brands are typically tight lipped about publicising hard sales figures attributed to advertising. But they are happy to go on the record advocating the virtues of TV advertising. Alex Rogerson, marketing communications director at Morrison's, remarks that the Christmas advertising season "is a golden opportunity" for companies "to remind customers what makes them unique and distinctive, whilst spreading some festive joy and warmth to the nation".

Likewise, Sharry Cramond, Marks & Spencer's marketing director is similarly upbeat. She says: "Christmas campaigns are incredibly important to the business and we base them on extensive customer insight. "Adverts help keep your brand top of mind and create buzz in the all-important festive season, but most crucially they're a way to really showcase hero product."

Can a Christmas ad prove transformational for a brand?
John Lewis is an obvious example of a brand, which observers would say its festive advertising has had a transformational impact on the brand. Some people now see the arrival of John Lewis's annual Christmas ad as the starter gun for Christmas. "Despite their high street difficulties, they have still persevered with a blockbuster Christmas ad but released it early to bring in the e-sales customers," says Pimm.

And with brands continuing to pour millions into Christmas advertising, it seems they see potential sales gains at the tills as impossible to ignore. Of this year's runner and riders, Drew thinks that Sports Direct might be onto something. He said "I wonder if this year's Sport Direct/Sports Personality of the Year mash-up will transform Mike Ashley's bargain basement brand. "Although not that original a concept, it's a large slice of entertainment that could easily hold the logo of a better brand."