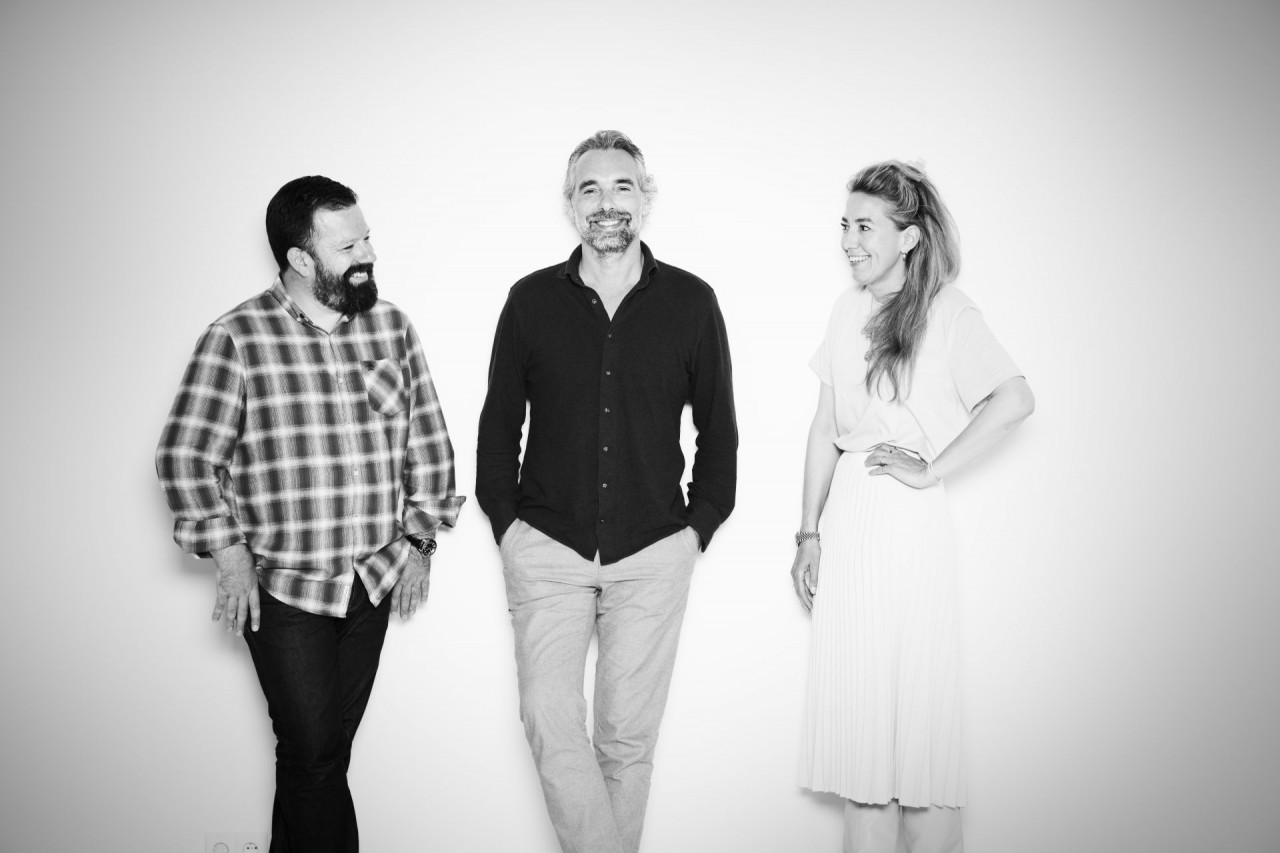 Candid Platform's acquisition of UK-based Creature has paved the way for the creation of an international advertising agency with offices in London. Creature's Worldwide CEO, Dan Cullen-Shute and Amsterdam Managing Director, Sanne Tolsma reflect on how the deal is opening the door to new and global opportunities.

"We came out of the pandemic stronger than we went in," says Dan Cullen-Shute. "We had a very exciting 2021. We did some very good work, hired some talented people, introduced new partners and we were ready to grow. But what we weren't expecting was that something quite so exciting was just about to happen." The exciting event in question was an approach from Candid Platform. Following its recent acquisitions of marketing consultancy, Brand Potential and digital agency, Positive, the Amsterdam-based international marketing platform was keen to continue building its network of complementary agencies in the UK. With a client list that includes Moonpig, Clearscore and Atom Bank, Creature had established itself as a successful independent agency. Candid saw an opportunity to bring the company onto the platform and provide it with further opportunities for growth in both its domestic and the international markets.

The key to that strategy was the rebranding of XXS, an agency that joined the Candid Platform in 2019. Now rebranded as Creature, the Amsterdam-based agency will continue serving its client base in the Netherlands while also being part of an international operation. As part of the deal, Dan Cullen Shute becomes Worldwide CEO, overseeing the whole operation while Amsterdam Managing Director Sanne Tolsma continues in her role, along with founder and director, Piet Hein Smit.

A Good Fit
So why did Creature's founders decide that now was the right time to sell? Shute says, initial doubts about the proposed deal evaporated when the advantages became apparent. After all, over its 11-year life, Creature haf carved out a distinct identity in the advertising agency space, characterised by the philosophy of intelligent misbehaviour. "At first, we said, no thought no we don't want to sell," says Cullen-Shute. "But when we thought for a while, it turned out that maybe we did want to sell." In the early days of the company, founders, Cullen-Shute, Ben Middleton and Stu Outhwaite-Noel had prepared a document outlining the circumstances in which they would be prepared to accept an offer. "Any deal would have to protect the brand., Enable us to do new things that we couldn't do ourselves. Be the beginning of something and now the end. And create something bigger, rather than smaller," says Cullen-Shute.

The offer from Candid ticked those boxes. That's partly because the guiding philosophy of Candid is to create a platform of non-competing agencies that work autonomously while also having the capacity to work together, bringing their differing skillsets to the table, when clients require it. Equally important, the deal represented an immediate international expansion through the rebranding of XXS.

A Two-Headed Creature
"Candid was bringing a lot to the party. It was very exciting," says Cullen-Shute. "And we now have an agency in London and one in Amsterdam - both with really good people who can't wait to meet each other," he says. It's early days in terms of working out how the teams will work together, but as Sanne Tolsma observes the important building blocks are in place. "We are very much aligned. We have the same DNA and the same belief in advertising. The fundamentals are already there."
The exact nature of the working relationship between the two offices is likely to be worked out gradually. Certainly, there isn't a rush towards any kind of homogeneity. It is important the London and Amsterdam operations are attuned to the requirements of their home markets. "We will be both national and international," says Tolsma. "We will work for local clients but we will also have access to new opportunities. "I have worked with international clients in the past and I, hopefully, will go again," says. We will be able to provide services for clients in different markets."

Cullen-Shute says he has already spoken to clients who are excited by the news that Creature now has an office in the Netherlands and can provide services there. "We are already having conversations about that," he says. "And it's good to feel that we are part of something that is global. And none of this is about making anyone feel smaller, it is about increasing the opportunities for both Creatures. " Those opportunities are likely to become more apparent in the coming months and years. At the moment, work will go on as normal in both London and Amsterdam but there will be visits and get-to-know-you sessions, alongside collaborations. "Sometimes that will take the form of joint pitches. At other times it will be a call from one producer to another to pick brains," says Tolsma.

The Candid Platform
In addition, the expanded Creature will have access to the talents of the various agencies that are part of the Candid Platform. By design, they are non-competing and can, thus, provide additional services when required, without one agency impinging on the turf of the other. Tolsma, who has now had some experience of being part of the platform describes it in terms of "positive choices." All Candid agencies are autonomous and under no pressure to partner with others on the platform, but there are times when it is the right thing to do. "It's like having friends with benefits," she says. "The other agencies are there when you need them and it is a positive choice to work with them."

Cullen-Shute sees that as one of the factors differentiating Candid - a platform for autonomous agencies - from the big advertising marketing holding companies which offer their constituents less freedom to choose. "We've all been in the situation in which you're told you have to work with someone," he says. "But when you have a positive choice. The moment you can ring someone up and say, look we've got something going with a client do you want in? That's a very different kind of relationship."
And as he explains, ultimately decisions on who to work with are made on the basis of clients' requirements. Cullen-Shute is confident that Creature's arrival on the Candid Platform will allow the company he co-founded to retain its identity while addressing a much bigger international market. As such, the deal marks a new phase in the journey. "You should interview us in a year's time to find out what happens next," he says.
Facebook Twitter LinkedIn

Seth Godin: embrace the idea of a smallest viable audience