Why Spotify Acquired The Ringer (Bill Simmons) for 250 million dollar 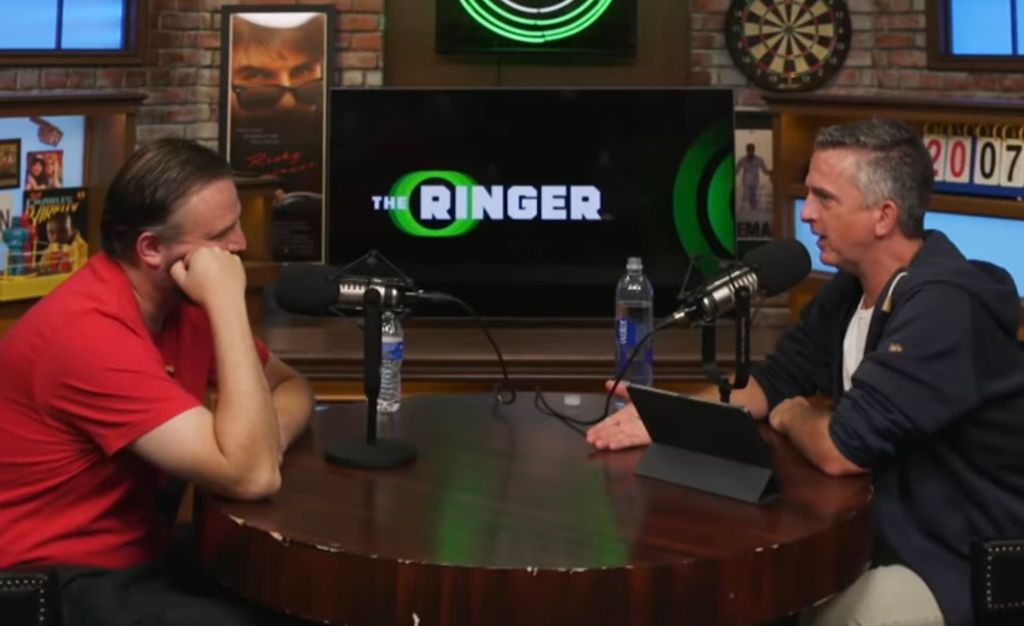 In February 2020, Spotify paid $250 million for the podcast network The Ringer. For that tidy sum, Spotify acquired the audience for more than thirty different shows, but it was mostly about Bill Simmons, who not only has a keen understanding of how media will work in the years to come, but also acts on these insights.

The Ringer is a website and a podcast network that includes more than thirty podcasts. It was founded in 2016 by Bill Simmons, who had worked at ESPN from 2001 until 2015. In February 2020, Spotify paid $250 million for The Ringer. At the time of the acquisition, Spotify's CEO Daniek EK said: "We have bought the new ESPN." These days, Simmons' job title is "head of global sports" and his task is to build the new ESPN on Spotify.

Of course, the podcast network was not developed overnight in 2016. In the late 90s, Simmons launched the website bostonsportsguy.com, which mostly consisted of a column that he would also forward to his friends and with which he gradually began to acquire an audience. That website ultimately led to him being asked to write columns for ESPN, where his combination of sports, culture and real life proved a big hit. He became one of the most popular online writers in the country. In 2007, he launched the podcast The B.S. Report for ESPN, which was also a major success. In 2011, he also became the editor-in-chief of Grantland, a website about sports and popular culture. His contract at ESPN was not renewed in 2015. In October of that year, he launched the BS Podcast and, on 17 February 2016, the website The Ringer.

Big Stories
What is most fascinating about this story is why Spotify was willing to pay such an enormous sum of money. The answer has everything to do with Simmons, who apparently understands how to acquire a big audience—which is the same business that Spotify is in as well. There is a reason why the company decided to sponsor a major sports club like Barcelona. It is simply following the strategy of using big stories to build an audience and therefore earn money. Simmons appeared on the Recode Media Podcast with Peter Kafka.

Central Thread
At first, they tried many different things at The Ringer, but around 2018 it was decided to implement a central thread. "We only wanted to do the things that we were—or could become—the best at. We settled on basketball, football, film, music and TV, as well as niche topics that our creators were true experts in. We had BingeMode, the largest Game of Thrones podcast, and the people making it represented everything we wanted The Ringer to be: the smartest people in the bar who possessed a wealth of knowledge about a specific topic. Game of Thrones is like the NBA in that people are eager to learn more about it. The Ringer Verse is about the Marvel Cinematic Universe and we take a really in-depth look at the latest Marvel films."

They obviously monitor their ratings, but: "I would say it's 90 percent instinct. We have this advantage, and a lot of it stems from the site—from Grantland and then the Ringer. What do people care about? And it's not just about TV ratings or whatever. You just have a general feel—people care about this, we should be there, you know? We think about that a lot. We launched The Prestige TV Podcast last year, which has been successful for us. One of the reasons we launched that was because we just felt like Succession was a thing." He sees big TV shows like an NFL draft or play-offs. "We need to be there, so how are we going to be there?".

Podcast is the New Talk Show
Simmons believes podcasts are replacing talk shows. "How long ago was the latest successful talkshow launch? So, think about how many successful pods have launched with huge audiences and they're on demand. I think the future for us with Spotify … is the video player on their app. It's a huge differentiator. We have to get that to the point that it basically becomes TV on your phone on the Spotify app. And that's something nobody else has. And we know it. We have [Joe] Rogan and we have Alex Cooper and some other people. To be able to see what you're watching—that's what people under twenty-five want. My son doesn't want to listen to anything. He wants to watch what he's listening to." He explains why he sold the company. "I think we were looking at it feeling like we were a mid-major in college basketball—that we could compete, we could get to the tournament, we could win some games, maybe we could even make the final eight. But ultimately, until we were aligned with somebody bigger, it just felt like it was going to be tougher for us to attract talent and retain talent—not just talent on podcasts and writers and stuff like that, but people behind the scenes. I look at the infrastructure we have now from a hiring standpoint, from a sales standpoint, all these things—we're able to take that stuff off our table so we can just concentrate on what we're good at. That really helped us. So for me, competitively, I looked at Spotify and looked at the trajectory of where I thought they were going, that I thought they had a chance to be the leader in audio. I knew how I felt about audio and all the opportunities there, and I felt like we were in pole position with it. And it just seemed like, 'this makes sense. I feel like I'm catching these guys at the right time.'"

Simmons will be tied to Spotify for another year or two. After that, he'll probably come up with another intriguing idea, because that is what entrepreneurs do. That is not particularly exciting in and of itself. What is more interesting is the question we mentioned earlier: why did Spotify acquire The Ringer? It has everything to do with how Simmons thinks. He does not necessarily believe in TV or audio, but rather in finding an answer to the question of how he can get the smartest people in the bar to sit behind a microphone and talk about a specific topic. Spotify "bought" him because he usually knows how to do just that