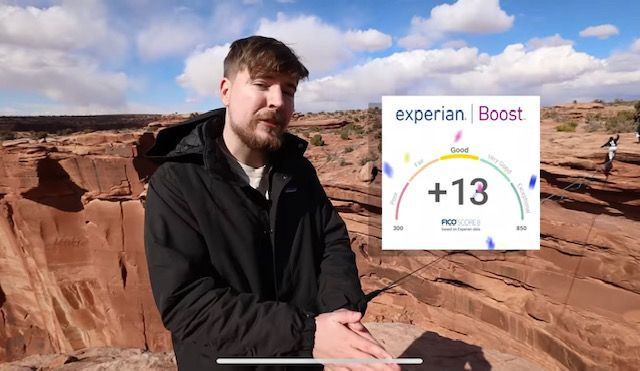 If you have been reading and watching a lot by and about Mr Beast - pretty much the biggest YouTuber in the world right now - there is really only one possible conclusion: He has done everything he possibly could to become the very best in the world and everything else is a side effect of that.

In real life, Mr Beast is called Jimmy Donaldson (24). According to Forbes, he is the biggest-earning YouTube star in the world. In the ten years that he has been making videos, he has amassed an audience of 94 million followers on the platform (which he says he has no intention of ever leaving). Ambitious brands and content creators, take note: Mr Beast is living proof of the fact that gathering a large audience takes a whole lot of time and effort. You simply cannot expect to gain millions of followers overnight after recording a few videos or podcasts; it takes years of finding out what works - and doesn't work - for you.

Early years
Donaldson first began recording gaming videos in February of 2012. During his early years on YouTube, he achieved mere hundreds of views. By 2016, after four years on the platform, his audience had grown to 30,000 subscribers. Although he focused on gaming videos at first, most of the content he puts out today is about challenges with which he reaches a massive audience. In many of his videos, money and charities play a prominent role. For example, he once tried to shatter glass with megaphones and had the ambition to stay under water for twenty-four hours. The videos often make the audience feel like they are playing a game, such as "The World's Most Dangerous Escape Room." In his videos, Donaldson is most of the time surrounded by "the boys," his old gang with whom he once shared his ambition to make great content. During an interview with Joe Rogan, Donaldson revealed that he only started earning money with his YouTube content at the age of eighteen, when his mother kicked him out of her house because he did not want to go to college. "I was obsessed. I hardly had any friends because YouTube took up so much of my time. I didn't even know how to talk to other people. All I did was edit, create thumbnails and all that. I found four other lunatics and we spent entire days on Skype talking about what makes a good video. We didn't really have a life outside that. Being around people so much, you can learn a whole lot from your mistakes.We didn't spend 10,000 hours like Malcolm Gladwell says, but more like 40,000 hours."

MrBeastBurger
According to Forbes, Donaldson earned $54 million with his channel in 2021. These days, he also owns a take-out restaurant called MrBeast Burger (with 1,600 affiliated franchisees). Recently, he launched a candy bar called Feastables. On top of all that, he rakes in a small fortune from merchandising. Whereas four years ago, Mr Beast had no employees, his content company based in Greenville, North Carolina, now employs a permanent staff of sixty. On Joe Rogan's show, he explains that he reinvests a lot of the money he earns into new content, but he also does a lot for charity. He describes his own life as being fairly modest and says he drives a normal car (a Tesla) and lives in a normal house. Mr Beast has launched #TeamTrees, with which he intends to plant twenty million trees around the world, and #TeamSeas, with which he wants to clean up the oceans. He even has a separate channel dedicated to his philanthropic activities called "Mr Beast Philanthropy."

A different approach
His vast revenue streams (businesses love him because he is their gateway to an audience of millions of young people) allow him to take a complete different approach to his content creation than most other YouTubers. He invests a lot of money into his productions and does not release new videos all that often. He recently made his own version of The Squid Game, which cost him around $4 million. Another thing that sets him apart is that he also releases his videos in other languages, such as Spanish. In fact, he has his own production company with which he helps other YouTubers "dub" their content. He first started recording videos in his room before moving to a slightly larger building. These days, he has an entire building complex where he works on several videos at the same time. This means he has multiple teams working on his content simultaneously. "I just want to make the best videos I can." His studio is beginning to look more and more like a miniature Hollywood, albeit one that operates entirely in accordance with the laws of YouTube, which differ significantly from the rules of traditional TV (more spontaneous, cheaper, more personal, etcetera).

Dedication
The Collins and Samir Show on YouTube is worth a look. They make amazing videos about innovative creators and interviewed Mr Beast for almost two hours. During the interview, he revealed how he dedicated his entire life to YouTube and did nothing all day long but study the intricacies of the platform. The group of five friends really tried to understand the "laws of YouTube" by looking at such intricate details as what shot you should open your video with so viewers immediately get what the video will be about and what the story will be. He also explained how his business model works: the goal is always to earn money and then reinvest it in his content to take things to the next level. His focus is always on his main channel. "I try to make the best videos I possible can and the rest comes after." On Joe Rogan's show, he explained his own role in coming up with fun ideas for new content. "Of course, you have to produce everything to perfection and thumbnails are very important, but it all starts with the idea. I have always thought a lot about ways to come up with the best ideas. For example, I spent an hour every day for years just trying to come up with ideas for new videos."

Scale and innovate
What is most interesting about Mr Beast for you is the scaling process he employs, purely based on his intuition. YouTube started out small and so did he, but when you introduce a revenue model an entire industry begins to form. All those laws Mr Beast learned in his teenage years about what makes a perfect production now have to applied on a large scale. That is certainly possible: if you can come up with the perfect way to open a video, you can also have a team of like-minded people do that for you. Coming up with new ideas for videos, organising their production, filming and editing everything and launching the content via the social channels. He has clear views on everything and the majority of those activities can easily be outsourced to his teams if they share his mindset. No one can replace him as the star of the show, however, but if he continues growing like he has, he will have a truly major impact on the world of YouTube.