Klarna: more grown-up in advertising as "Google for shopping'' 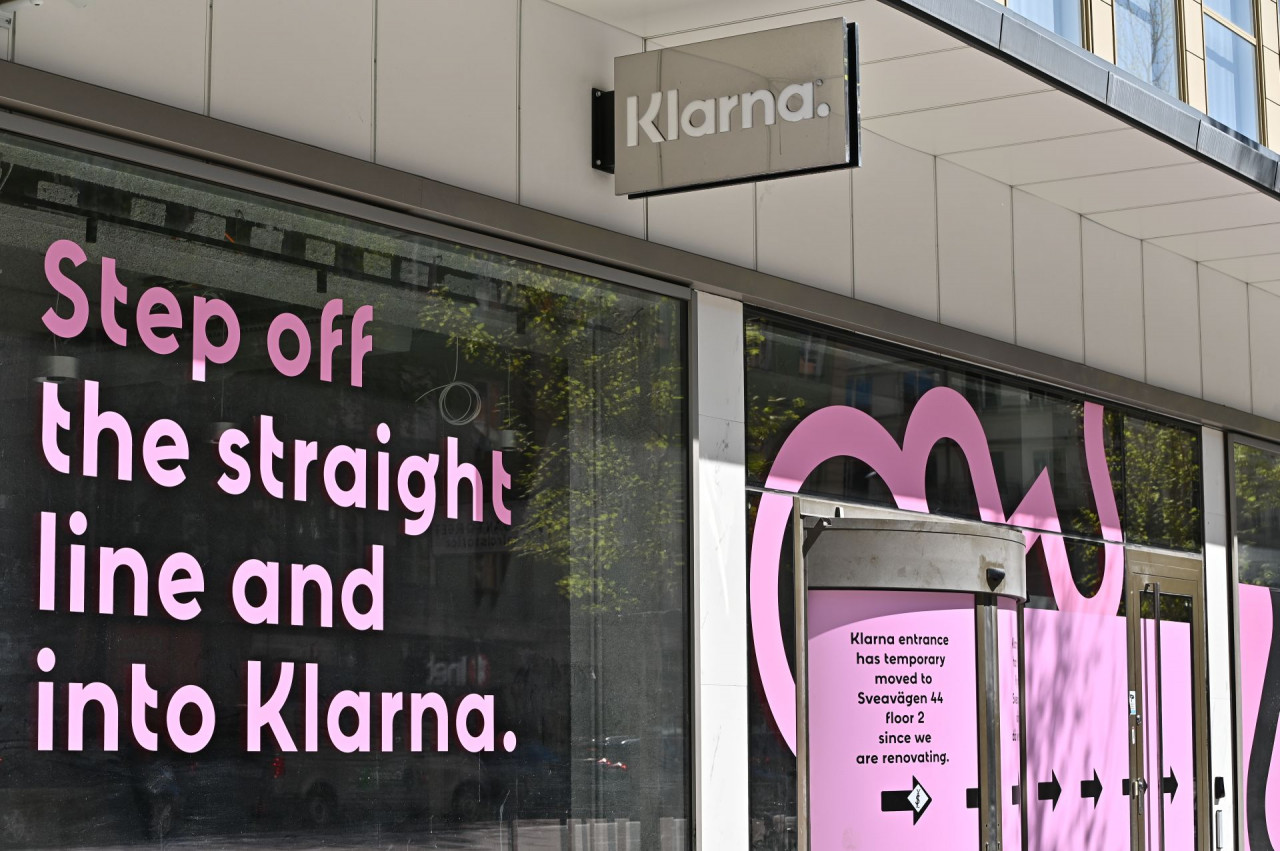 Klarna, the most valuable fintech in Europe, is the poster boy of the Buy Now, Pay Later (BNPL) sector and its bold, pink-hued whimsical marketing has helped it amass more than 150 million users globally.

While primarily known for its BNPL product, Klarna has an EU-wide banking license, offers credit cards, has  a "Swiss army knife of consumer apps" and has ambitions to become the world's first global retail bank. Yet its turbo-charged growth, particularly through Covid, sky-high funding rounds, and ambitions to be the Google of shopping, has not come without challenges.

Today, the Swedish fintech is facing the prospect of waning consumer confidence; investor concern about the sustainability of BNPL; and heightened regulation in the UK. Furthermore, it is also facing questions about whether its disruptor marketing shtick should be replaced by more mature advertising. Will Arnold-Baker, the founding partner of Come the Glorious Day, the advertising agency, said: "Klarna has the advantage of traction (in the BNPL) market and arguably would be well advised to transition to a more grown-up set of clothes, particularly as the regulators tighten their scrutiny in what must be seen as a riskier semi-regulated area."

Challenges for Klarna
Earlier this month, Klarna suffered the twin blows of axing 10 per cent of its 6,500 workforce (amid rampant global inflation and several tech firms announcing jobs cuts) and news that billions could be wiped off its valuation as it seeks a fresh $1bn investment round.  Meanwhile, in the UK, where Klarna has 16m customers, the Swedish fintech- and other BNPL providers-face a regulatory clampdown (welcomed by Klarna) and are also bracing themselves for the BNPL challenge of the arrival of a slew of high street banks, which have already signalled their intention of using attack ads against Klarna.

BNPL a crowded market
The BNPL market is going gangbusters in markets around the world, from Europe to the US- and with it, it's attracting the eagle eyes of big banks. In the UK, BNPL services were used to finance £6.4bn worth of purchases in 2021. Along with BNPL rivals Laybuy, Clearpay and Zilch, Klarna is facing competition from Revolut and Apple, which also want a piece of the pie. Meanwhile, the high street banks are circling. Barclays – in partnership with Amazon- and HSBC have experimented with BNPL within their product lines while next out of the block are NatWest and Virgin Money.

And there is already bad blood between the BNPL players and the big banks. The CEO of NatWest retail bank David Lindberg said in a well-aimed dig at Klarna during the bank's BNPL launch that NatWest was determined to make the sector "better" and "safer". Barclaycard also provoked Klarna and other fintechs by signing up the queen of pop Grace Jones to help poke fun at "cool" BNPL players in an advertising campaign. Knocking Klarna and other BNPL players, Jones said in the campaign she doesn't just want her payment solution to be "cool" but she wants protection on purchases and for it to help her build up her credit score and rewards.

Not to be outdone Klarna-which has a history of hitting out at rivals- last year undertook a campaign which spotlighted the "antiquated" credit model still used by the consumer. The out-of-home UK campaign, called "old credit is history" depicted a Neanderthal with a credit card next to a modern-day man with his mobile phone displaying Klarna.

Evolution of Klarna's advertising
Founded in 2005, Klarna's advertising has evolved over time, switching from blue-coloured advertising to today's 'millennial pink (a colour Klarna says was not chosen to attract women), and has often used marketing as a platform to challenge its critics. For example, in its 2021 Discover the Truth campaign, Klarna set to out to dispel common myths about the brand head-on via an online mural. In recent years, Klarna's advertising has stretched from championing cultural diversity; hosting music events; partnerships with trainer brands and designers; and pop up shops. Perhaps its most famous and daring campaign to date has been its 2019 "Get Smoooth" campaign featuring Snoop Dogg, a Klarna investor. As homage to the campaign, Snoop Dogg even changed his name to "Smoooth Dogg" temporarily. The campaign, which was a success, was aiming to tell the consumer that Klarna can remove friction from the world of pay later payments.

Commenting on Klarna's advertising Gemma Young, head of marketing, TechPassport, a fintech that connects suppliers to global financial institutions, said: "I like how it's different, they aren't afraid to be themselves and they aren't pretending to be anyone else. "The adverts are fun and fresh and appealing to a younger tech-savvy generation who want to be digitally in control of their finances. And I like pink, so I am a huge fan." Arnold-Baker adds: "Klarna didn't become one of the UK's first unicorns by accident. Its marketing in clothes of shocking pink, with bold claim that "credit is history" has helped create a delta in the minds of consumers between it (and by extension the other pretenders like Zilch) and the more frightening world of regulated credit cards and bank accounts."

Marketing battle ahead
The marketing battle between the BNPL and the big banks will play out over the next few years, with barbs likely thrown on both sides. Young says that big banks should not "rush in" and overhaul their creative to meet the challenge from Klarna and its ilk. Young references a 2019 NatWest apology advertising campaign to women, complete with a bunch of flowers made with £20 notes, that managed to offend women even more. She said: "I do think that established banks need to think about the way they advertise rather than rush in and change it for the sake of change. "Upstart BNPL players have been successful because they are more personable, both in their understanding of financial problems and the way they solve them, as well as how they present themselves. "I think increasing their Diversity & Inclusion will answer a lot of these issues within established banks, as getting those different viewpoints from all walks of life, helps you to understand the real problems and come up with real solutions. "Successful marketing matches the people you are trying to appeal to. For example, if you are trying to appeal to women, get women on the advertising team, it really is that simple."
Young says that instead of going headlong into battle against each other, the BNPL players and big banks should have a more collegiate approach. She adds: "To me, one comes across as the parent and the other a friend, both trustworthy and helpful in completely different ways. "I don't think either needs to compete with each other, but continue being good at what they are good at and realise that the best way is to work together and not against each other."

Banks should play to their strengths
Arnold-Baker thinks banks should play to their strengths in their marketing output, rather than copying BNPL providers. "To some extent the fight will be behind closed doors and away from the critical eye of public-facing brand behaviour," says Arnold-Baker, who believes the market will reduce in size over time with fewer players. He adds: "How retailers (both on and offline) engage with the mushrooming number of BNPL offerings to whom they're being asked to pay fees, or indeed whether they choose to launch their own products, could be a bigger determinant of a market that will likely eventually shrink to fewer bigger players. "With that in mind, the banks would probably do well to play to their own brand strength rather than aping the newcomers. "If Lloyds could, for example, demonstrate that their BNPL product was genuinely 'by your side', or at least more so than its competitors, it might be able to outgun the others."
He adds: "Who 'wins' in this maelstrom though might be less to do with marketing and brands and more to do with bigger market forces. "With the squeeze on cost of living, those offering BNPL could yet find it become buy-now-pay never. "The world's voting public has already endured bailing the banks out once. Would they be happy for this to be sub-prime 2? "With this in mind, if I were Klarna, I'd be dialling down the pink and the shoutiness and dialling up the people's champion space. As we head to a world of fuel poverty and food shortages, we just might want a friend."
It seems that Klarna itself agrees. Its marketing chief AJ Coyne admitted it would be changing it marketing strategy, as it moves from disruptor to market leader. Talking to Campaign magazine, Coyne said: "We want to take a step ahead of the categories that followed us and mature a little," he adds. "We don't need to disrupt as we did with Snoop Dogg. We've become accepted and it's time for us to get firm on our vision for what the future of shopping looks like. It's a step up to the next phase. Grown-up, but not boring." Time will tell if Klarna's fans will make the jump from disruptor to grown-up with it.