How can Max Verstappen become a global brand? 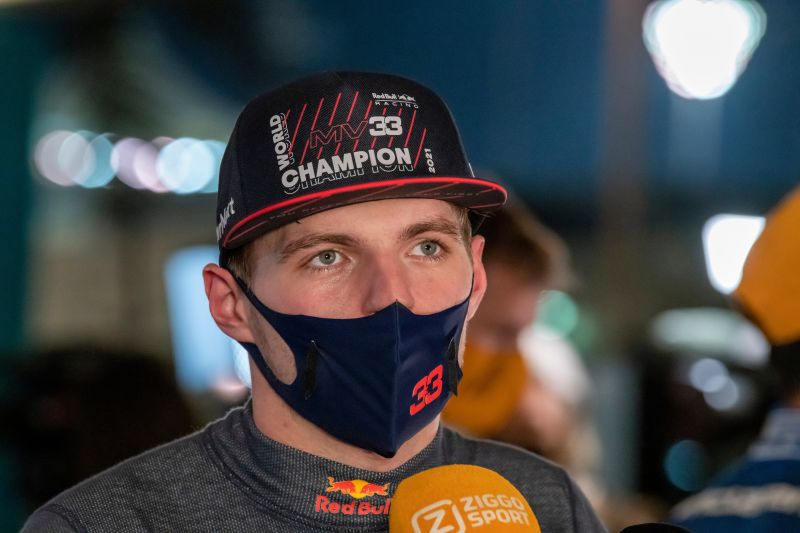 Max Verstappen is already one of the biggest stars in Dutch sports history, but still a local brand with many Dutch personal sponsors. How can Max develop into a global brand?

A good question for you to as as marketeers following Max Verstappen's victory in the F1 is, how could Max develop into a global brand? The whole world watched last weekend - fans have been praising his talent for years - but last week, he suddenly dominated the front pages of all the newspapers in the world. So for a while, he was Messi, Ronaldo and Hamilton; however, for the time being, he is still one of the greatest sports stars of all times in the Netherlands, but not in the world. When Max gives an interview, Rotterdam and Amsterdam families sit on the sofa watching, but not that many Chinese, American and Indian families. You can tell by Max's sponsors. Team sponsor Red Bull may be a big brand, but supermarket chain Jumbo is a personal sponsor and they aspire to follow in the footsteps of Amazon, but have not got that far yet.

What would be the perfect strategy for Max? I discussed that question in the FC Mediacircus podcast. Jos Govaart, co-founder and managing director of Rotterdam–based communications agency Coopr, had done some research. "I ran his name through Google Trends and it showed few searches for him across the world, but searches increased as the world title drew closer. He will therefore need to keep delivering.'' Govaart believes a sponsor like Red Bull suits him because of his aggressive driving style. ,,I see him being a better match with the growing brands in the world because of his aggressive driving style, brands that can take that step with him.'' Winning is therefore a great strategy, but should he not undergo a little substantive growth too? Now, we know the media story of how his father used to drive him around the go-kart tracks, but should he not reveal a little more of himself? Podcast colleague Robert Maaskant found that image rather iconic. ,,The fact he sat there with that tyre was heroic, wasn't it? Totally a Topgun moment, and then that calm in his interviews….''

Legend
Sports marketeer Juli Ferré Nadal, former sales director of AS Monaco and former head of partnerships for FC Barcelona, thinks Verstappen certainly needs to develop a strategy to become a global brand. ,,But as always, he will now need to prove whether he is a one-off, or a multi-champion in the making.'' Could Max learn something from Lewis Hamilton? ,, Sure, but one of Lewis' biggest assets is that he became a legend after winning so many titles. Max can focus on becoming a solid winner and of course other areas can help, but it must be authentic. There is nothing wrong with being focused only on competing, especially if you are good at it.''

Reveal a little more
Or rather, Nadal does not really see him engaging in that strategy to reveal a little more of himself in the media, or perhaps embrace a charitable cause (the way our king once opted for water management). If you win a lot, the rest comes naturally. Ruud van der Knaap, sports marketeer at Triple Double, believes Max is actually already a global brand, but he still sees opportunities for growth. ,,With 7.5 million followers on Instagram, he is on an equal footing with Novak Djokovic (9 million) and Frenkie de Jong (9.3 million).'' Many followers, but nowhere near world brands Lewis Hamilton (26 million) or Lionel Messi (289 million). ,,Until now, he has focused primarily on his sports career and does not allow himself to be distracted. He will naturally expand his reach if he keeps winning and I hope he has the confidence to reveal a little more of himself.'' Van der Knaap thinks footballers like Memphis Depay and Marcus Rashford are good examples of sports stars who not only perform on the field, but also represent a generation. ''They are authentic, have the confidence to be themselves and express their views; they stand for something. You see that it also produces commercial partnerships.'' Which brands would suit that move from local to global brand? ,,Red Bull is a 100 percent match. I would not be surprised if Dutch brands that are active internationally, like JustEat Takeway, Booking.com, or international brands like Amazon and Samsung presented themselves.''

We dwell on Max's media strategy a little longer. Okay, there will undoubtedly be plenty of winning, but growing up in the media spotlight is an interesting process. If he does indeed represent his generation of twenty-somethings, then he will have to reveal a little more of himself. We discussed this with Danny Cortenraede. He is the co-founder of Wannahaves and CEO/founder of InStudio Ventures (building the next generation of media, tech and sport companies'). ,,There is still a big difference between Ronaldo and Messi and Max. That is naturally because they have been around for years, Max is still young and has just won his first world title. Once Max wins more titles, interest from brands will increase. Max currently earns around 5 million euros through his sports deals and Ronaldo earns as much as 40 million a year through Instagram alone. The Ronaldo brand extends beyond football.'' Ronaldo also faced a challenge a little while back, explains Cortenraede, as he was more of an individual than a sports personality. ,,He tackled that well by revealing his role as a father in a documentary. Ronaldo understands that winning at life is more productive than winning on the field.''

Cortenraede thinks there are still many opportunities for Max to build his personal brand. That way, he could rise above sports. You build something for your whole life instead of just your sports career. Of course that is true; if Ronaldo were to quit soon, his fame would not decrease dramatically. Max could actually learn something from Ronaldo and from Lewis too in that sense. ,,Ronaldo does so much off the field. He is an ambassador for big charities such as Save The Childeren, Unicef, and World Vision. In 2015, he reportedly donated 5 million to Save the Children after the earthquake in Nepal.''

Conclusion
Okay, it looks like the experts agree. Max needs to achieve many wins, reveal a little more of himself in a way with which he is comfortable, perhaps do something for a charitable cause close to his heart and then everything will be fine. These sports marketeers know very well that he will need to strike a good balance between identity and image and that means he will need to maintain firm control and make careful choices. We would suggest to allow the best documentary makers in the world to follow you closely next season and commit yourself to a cause close to your heart. Max, with his natural fighting spirit and, thus, his sense of entertainment, will then rub shoulders with the biggest sports stars in the world.