The secret of FaZe Clan: creators are the real heroes 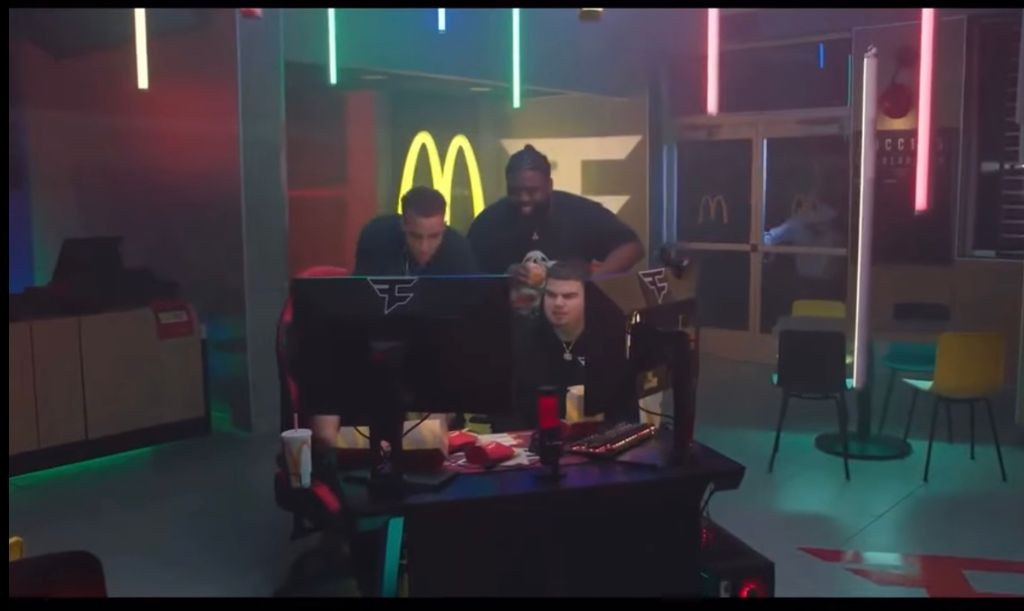 Esports organisation FaZe Clan will soon become a listed company. Why is a group of gamers conquering the world? We will take a closer look at their success and explain why they get their followers so well.

Last week, the news broke that esports company FaZe Clan is heading to the stock market. The company will first merge with B. Riley Principal, thereby bringing in nearly three hundred million dollars to fund its expansion. FaZe Clan is estimated to be worth roughly one billion dollars.

Let's start at the beginning: what is FaZe Clan? Simply put, it is a group of young gamers who take part in gaming competitions all over the world. The group's members talk about their lives on YouTube (and other social channels) and have 8.69 million subscribers. For an older generation, it might be hard to understand what the fuss is all about, but for professionals it is important to understand exactly what happened. After all, this news is indicative of the way the media will be moving in the near future. It ties into the manner in which millennials and GenZ use media; they look for examples, for heroes they can look up to and follow.

To understand FaZe Clan, we must first go back to CEO Lee Trink, who appeared on the Digiday Podcast in 2019 to talk about the development that the esports company has undergone since it was founded in 2010. It all began with four Call of Duty players who made a name for themselves with their daring play style. They launched a YouTube series called ILLCAMS in which they discussed the strategies they implemented in practice. In 2012, they reached the milestone of one million views.

In the interview, Trink explains the nature of FaZe Clan: ,,We're part traditional sports team — I'll sometimes make the comparison to the Lakers or the Cowboys. We are a consumer brand — currently apparel, but we're going to grow beyond that. And we behave often times like a Hypebeast brand or like a Supreme. And if you look at both the manner in which we do our apparel drops and the volume that we've done. The third part I often compare to MTV. We reach enough people that we are tantamount to a cable network. We have that much monthly viewership across YouTube, Twitch, Mixer, Snapchat, Instagram. We really are the voice of this community."

This comparison with MTV is an interesting one; in the 1980s, music network MTV showed a shrewd understanding of what the current generation of young people wanted: a hint of rebelliousness, good music and heroes. Today's model is not all that different; creating fun things, gathering an audience for your content and monetising it. One question remains: if this is nothing special, why is it the model of the future? Why have major companies such as Nissan and Samsung affiliated themselves with the clan, which even has a house where a few of its members sleep, create and live? This is because of a couple of small elements that make the comparison to MTV not entirely accurate:

1.The creators are the stars
An important difference compared to the MTV era has to do with the role of the creators. Although MTV DJs like Adam Curry and Ray Cokes were heroes in their own way, there was a clear distinction between their lives on and off camera. They would give an interview from time to time, but mostly kept to themselves. For FaZe Clan, the line between the members' public and private lives has blurred, which has elevated their status as heroes in the eyes of their audience. The members of FaZe Clan (who all go by "FaZe" followed by their unique gamer tag) talk about their lives on their social channels. These days, it is increasingly common for a company's people to be heroes in their own right. Just look at the podcast company Gimlet, which made a name for itself with a series of podcasts about the foundation of the company itself.

2.They focus on the audience, not on the medium
In this day and age, the line between media companies and regular companies is becoming hard to see. Red Bull first entered the scene as a brand of energy drinks, but the company also has a racing team, makes documentaries and publishes magazines. FaZe Clan is built on the support from its fans from around the world. This foundation of support can be monetised in myriad ways. Since 2020, for example, FaZe Clan has had its own studio where the group makes films, they launched a clothing line in 2018 in collaboration with Champion and they have various sponsors. For example, the group produces YouTube videos for Nissan. ,,The four areas of revenue are esports, sponsorship and brand deals, merch and apparel, and content and publishing. They're in the ballpark of a quarter of the revenue pie each. In the future I would guess that 50% of our revenue will be content, that'll be the biggest piece of the pie. There's no place you can go that has more connection to young males than something that we do, as far as one singular brand. We've got over 200 million in combined social audience. That's a big fan base, and it's an engaged fan base."

3.They combine sports and entertainment
In the sports world, there are people like Ronaldo who score one goal after another. Then there are top entertainers like James Corden and David Chapelle. The heroes of 2022 have a foot in both worlds; they are fantastic players, but they also know how to talk about what they do in an engaging manner. Just look at the YouTube content that is most popular among young people. Top gamers attract a massive audience, but so do young people who are naturally adept at storytelling. They become fully immersed in their games and understand how and why people watch them.

Conclusion
It is fair to say that FaZe Clan shows some similarities with MTV. Yes, they are astutely aware of what this generation wants, but they add something of their own as well: the fans always come first, they combine sports with entertainment and the creators are the heroes. ,,The scope of the opportunity is impacted by how little people understand about how things are different for GenZ, that GenZ consumes and transacts in a different way. And for traditional players, that's been an immense challenge. We almost sit at the crosshairs of the challenge that traditional businesses have in connecting with GenZ, and so we really feel like we have a business perfectly aimed at the future, to both capitalize on that relationship with GenZ today and also how that will continue to evolve."