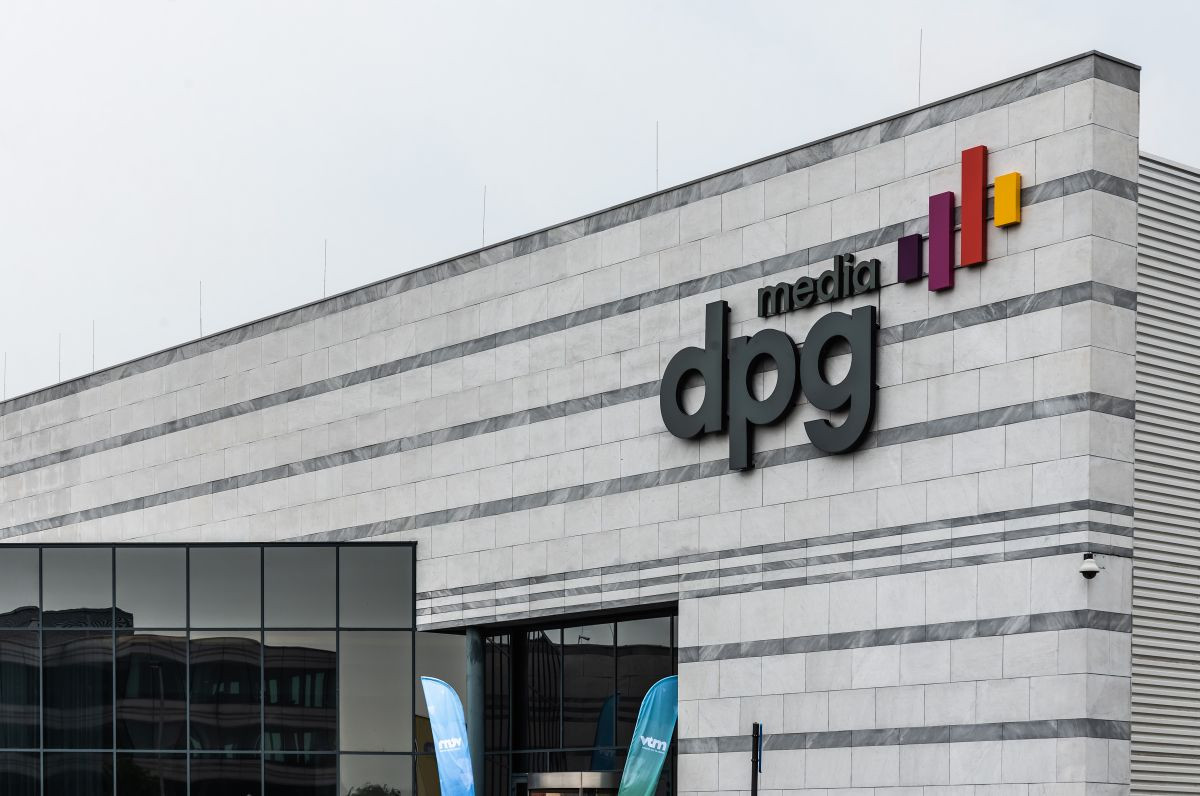 Is there life after the vanishing of the third party Cookie? Sure. But the marketing industry will never be the same again. Major publishers like DPG Media, Forbes and NBCUniversal and big tech platforms like Google and Facebook will gain even more ad spend. Data vendors which hide in browsers and build and sell profiles will disappear. In return a more transparent, more reliable and safer internet will appear. Both for advertisers and consumers.

Dutch-Belgian publisher DPG Media showed what such an open and transparent platform without third-party cookies could look like during the webinar 'Preparing Cookieless – one day it will happen!' that online advertising industry's trade body VIA and bvA (Dutch union of advertisers) organized.

Targeting can be done differently
According to Toon Coppens, director advertising data Belgium – Netherlands (BENE) at DPG Media, between the use of third party cookies and the illegal declared cookie consent pop-up of the Transparency & Consent Framework (TCF) from IAB Europe on one end of the spectrum and contextual advertising on the other, there are plenty of other opportunities to target consumers. "We have to take the excesses out of the market, such as targeting children. On the other hand, there are still many opportunities within current legislation to send personalized ads to consumers," he says.

Blueprint
During the webinar, DPG presented a kind of blueprint of what such a large privacy-safe platform, without fake-news and without the use of third party cookies, could look like for advertisers, media and consumers. With 95 websites and media in the Netherlands, Belgium and Denmark, DPG has enough content advertisers can affiliate their ads with. The publisher has standardized all that content in IAB categories so that international advertisers can buy on the same keywords. Each article is classified via algorithms into a number of categories (tiers), which advertisers can purchase on. At the same time, articles are classified according the GARM (Global Alliance for Responsible Media) standards for eleven risk levels, so that ads are not placed with brand-sensitive content. "We strongly believe in contextual advertising, but we also know from experience that this is not always a suitable model for every advertiser, campaign or publisher," says Coppens.

Audiences
In addition, there are plenty of options for targeting consumers online. Not on an individual level, but in groups or cohorts, as Google is planning, for example. Not based on third party cookies, but based on the first party data that publishers and platforms collect. Visitors to the site are offered free news or content in exchange for their data and the offer of receiving personalized advertisements. Most of the users agree to that. The publisher divides visitors into groups, defines those audiences based on their interests, social or demographic characteristics, and sells 300 segmented consumer groups - so called rate card audiences, based on the IAB categories - to advertisers. "We opt for a trusted web and want to distance ourselves more from the open toxic web," says Coppens. According to him, many abuses have been demonstrated in recent years, from the misuse of third party cookies to 49% of the average ad spend in digital campaigns going into the pockets of tech companies (tech tax).

Direct relationship with consumer
On the platform, DPG gives advertisers and brands direct access to the first party data. They can also supply first party data from their own CRM. Coppens sees how leading media parties in the world such as DPG, Forbes or NBCUniversal succeed in marketing their first party data everywhere. "Ultimately, 100% of the budget should match 100% of the media spend," he says. "Advertisers are moving away from the open market and third party cookies. On the one hand they are going to focus more on Google and Facebook, on the other hand on the large local media parties."

Datalab
With its own Datalab, for six months now the publisher has been providing a response to Google and Facebook, where advertisers can shop in almost unlimited target groups. This is a self-service interface where advertisers can build their own segments to target audiences, using all data from all DPG media and their own data. They can also search for lookalikes from their own CRM customers. By using a cleanroom, that CRM data remains anonymous. Thus advertisers can gain insights into all the characteristics of the DPG users and activate those audiences in a campaign. Mitsubishi recently used Datalab for an automotive campaign and scored 300% return on ad spend (ROAS).

Consent is key
All first party data can only be collected with the explicit consent of the consumer, emphasizes Coppens. "Make sure you have the right consent, make sure you offer consumers choice, control over their data and transparency. That's what the GDPR and the spirit of the GDPR is all about," he says. That is why he warns about alternatives to the third party cookie such as fingerprinting, universal IDs or third party data brokers. "Ultimately, they don't match the spirit of the GDPR. They may work for a few weeks or months, but that's a dead end," says Coppens.

No solution
he DPG-blueprint may be a solution for a large publisher and platforms such as Coolblue and Bol.com, but not for small e-commerce parties that only get a few anonymous visitors to their website, says Boris Schellekens of CM.com. ,,If cross-site tracking can no longer take place, you can no longer retarget audiences and it becomes more difficult to measure the conversion of your campaigns on your websites. Even if you approach customers via DPG, the question is: how do you measure whether that customer converts?", he says. "Marketers have to find a solution for that."

He advises websites to measure and collect their data in a first party context, via their own domain, with consent. "You can guarantee someone's privacy by anonymously measuring that user on your website, as long as you do not link it to visitors on other websites," says Schellekens. According to him, a third of all users will not give consent. "You can no longer retarget them, but you can measure their conversion anonymously." 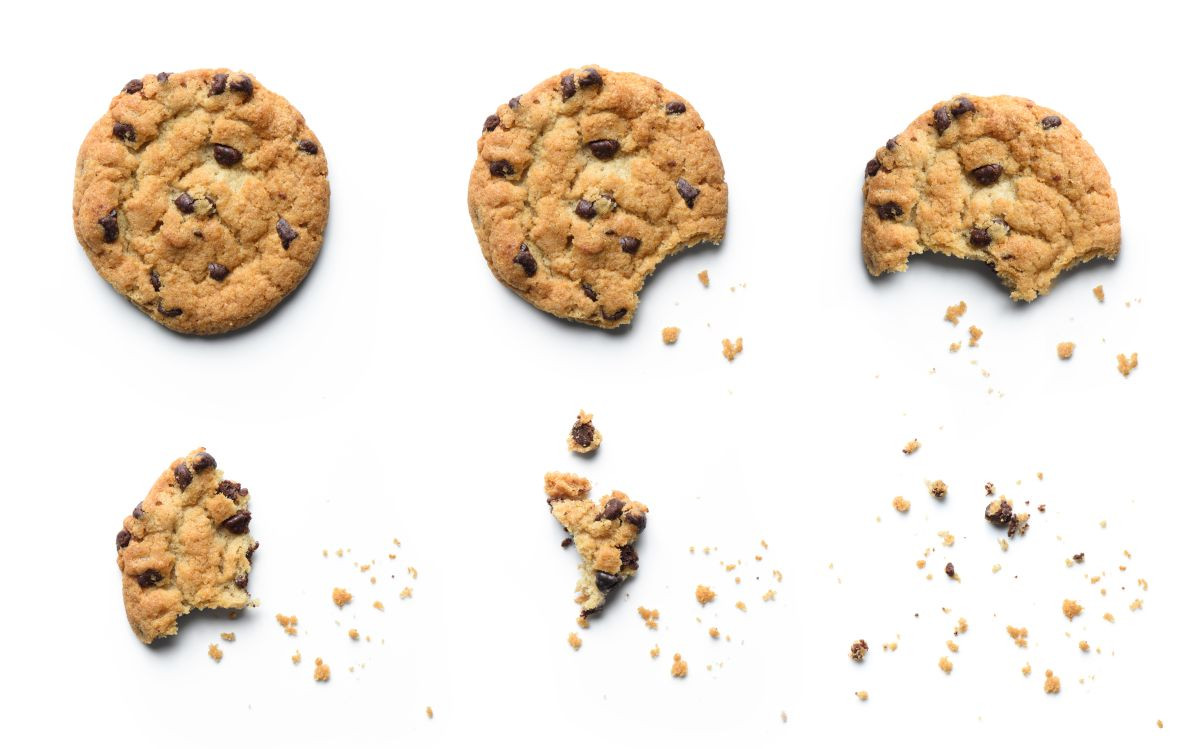 Be prepared
The VIA and bvA-webinar will certainly not the last one, because cookie-developments in marketing are changing by the day. Or as bvA director Henriette van Swinderen wondered: "Does a day go by without cookies and cookieless? Even if there is a delay from time to time, it is an important topic that we all - advertisers, agencies and media parties - have to prepare for."

More stringent regulations
The past few months have shown how quickly new developments occur. As the marketing industry was preparing for Google to ban third-party cookies from its Chrome browser (delayed until 2023), the European Parliament (EP) and the European Data Protection Board (EDPB) tightened up the Digital Services Act (DSA) and the Digital Markets Act (DMA). They want to prohibit online tracking and profiling of consumers, thus making personalized advertisements impossible. That would mean a huge blow to digital marketing. In any case, the current version of the DSA and DMA prohibits showing personalized advertisements to children and tracking and profiling based on special personal data such as health, sexual or political preference. Furthermore, the reject button must be displayed just as clearly as the accept button and a rejecter may not be asked for permission again. Anyone who refuses cookies may not be denied access to the platform.

Cookie pop-up illegal
As if that was not enough disaster, the Belgian Data Protection Authority (APD) ruled in February that the cookie consent pop-up, that IAB Europe has developed to make the marketing industry comply with the GDPR privacy law, is illegal. This Transparency & Consent Framework (TCF) is used by 80% of European websites. Google, Amazon, and the entire tracking industry relies on this consent system. According to the APD, TCF infringes the GDPR on four counts. Most importantly, the ad personalization system is so complex that consumers cannot understand what they are consenting to and who is getting access to their personal data. "The entire process is now illegal and will remain so until the number of vendors that place cookies is drastically reduced," says VIA legal advisor Guido Grevink.

Threatening with fines
IAB Europe must come up with improvements within two months and implement them within six months. The trade association is appealing the decision. ,,But until then, TCF is illegal, and also other models that are similar to it," says Grevink. The Dutch Data Protection Authority (AP) has already indicated that privacy violations can be enforced in the coming period and that it can hand out fines. The marketing industry must therefore look for other solutions, such as Google's Privacy Sandbox. Then profiles based on cookies do not remain with the companies, but with the browser itself. "I wonder if that's desirable, because that means Google has even more power," says Grevink.