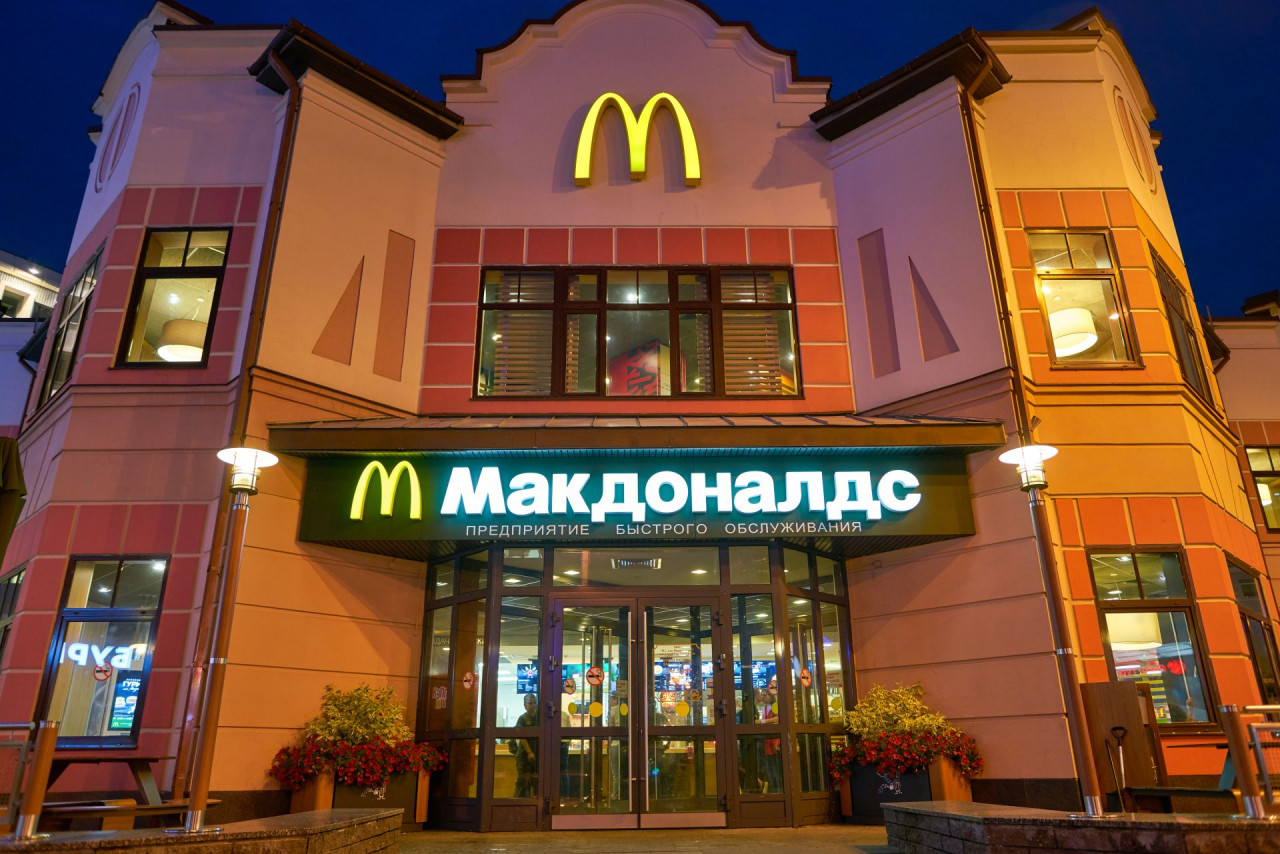 Offering practical support is key for brands which are wary about being accused of tokenism as they respond to Russia's invasion of Ukraine. McDonald's, Unilever, Starbucks, Coke and PepsiCo are the latest big-named brands to exit Russia in response to president Putin's invasion of Ukraine- joining a mass exodus of western brands from Russia. Boardrooms the world over are scrambling how best to respond to the conflict, deliberating whether their brands should be part of the conversation or stay silent and risk condemnation from their customers and own staff.

Aligning a brand with the plight of Ukrainians can bolster a company's reputation, but marketers realise a marketing misstep can be pounced upon in seconds on social media leading to their brand being trashed. The dilemma of an appropriate response to the conflict is particularly acute for global brands with Russian workers who want to offer a comforting arm for their Russian employees while condemning Putin's actions. One marketing expert says there is "no specific code" as to how brands should best respond to the conflict as war is a "rather unique situation". That said, experts agree that brands that can provide "usefulness" to the conflict should not hesitate to do so. Neil Christie, the former CEO of Wieden+Kennedy London, the advertising agency, said: "I think if there is no immediate connection between your business and what you do and the conflict, then maybe the right thing to do is to just make a charitable donation."

Brands quick to respond
In the days after Russia invaded Ukraine, brands were quick to issue symbolic expressions of solidarity, some changing their logos to Ukrainian flags. Other quick-thinking brands offered practical support, pivoting their brands for humanitarian purposes. Examples include Airbnb offering free, temporary housing for up to 100,000 refugees fleeing Ukraine; Google updating its search and map services to provide alerts to UN resources or people searching for refugees; and FedEx helping transport supplies and goods.

Even various Russian firms in Ukraine offered support, with Alpha group donating money to the Ukraine army and its telecommunications subsidiary Kyiv Star blocking disinformation texts from Russian and Belarussian phones to Ukraine. Neil Henderson, CEO, St Luke's, the advertising agency says: "I think anyone can make a donation. I think at the moment it's only about usefulness. That is the rule."

Brands "solving a problem"
Henderson points to examples of Airbnb housing offer as "solving a serious problem" while Elon Musk activating his Starlink satellite service in Ukraine amid fears Russia could target its internet as being a "bloody great" idea. He adds that those brands switching their logos to the colours of Ukraine "have got to be pretty careful" that they are not seen as "just jumping on the bandwagon". Brands do not want to be seen as "shallow and vacuous" at this point, Henderson adds. Christie said he can see why brands feel they have to say something on the conflict. He says: "Brands may feel it's inappropriate to remain silent on this if it's a topic that everyone is talking about. And there is a danger that your silence is misinterpreted. "I can see why brands feel it is necessary for them to do something about it, to show where they stand. "And with political issues that is increasingly expected by customers. They want to know where brands stand on these kinds of issues."

Brands misfiring
News coverage of bombed-out residential buildings and suffering children has led to brand anxiety about the perception of their brands being seen next to such harrowing footage. US restaurant chain Applebee was forced to pull a light-hearted dancing cowboy TV ad after it was aired on CNN as part of a split-screen that also showed air raid sirens blasting in Kiev. The restaurant chain was not alone in suffering a public dressing down. Celebrity Kylie Jenner was accused of being "tone deaf" after she posted on Instagram her "thoughts and prayers" to Ukrainians followed just hours later by a post promoting her lip shine products; UEFA deleted an ill-timed tweet wishing everyone a "Happy Thursday" amid Russia's invasion of Ukraine. Comparthemarket, the price comparison website, meanwhile, pulled its ads featuring the animated Russian meerkat Aleksandr Orlov from news bulletins in light of the Ukrainian invasion, amid concern that its ads might appear next to graphic war footage of the conflict.

Keyword blocking
Some companies blocked their ads from appearing next to news content of the crisis or misinformation and propaganda while others added keywords like 'Ukraine', 'War' and 'Putin' to blocklists. Ciaran Deering, head of online, The Grove Media, said: "As a rule, all online media campaigns should include relevant exclusion lists to keep brands safe - this is even more important at times of heightened sensitivity. "Brands should exclude specific categories from all display, video and native campaigns: content not yet labelled, live-streaming YouTube video for Google campaigns, parked domains and all sensitive content, which most ad platforms offer. "And search advertisers should carefully examine targeting for any keywords that may have some crossover relevance to sensitive situations by adding relevant negative keywords."

Smaller companies offering insincere messages
Renate Heins, account director of Rotterdam –based communications agency Coopr, says she has seen several ill-judged marketing messages on Instagram on the war. She said: "It is mostly smaller companies who try to frame their own messaging. Make it seem very sympathetic for Ukrainians but it's basically a marketing stunt. I think the larger corporations luckily are more globally educated people."

Christie says brands over the years have become better attuned to how best to respond to global events. He said: "I think these days brands and businesses have become much more sensitive and attuned as to how to handle these kinds of things." He says that today you are less likely to see" tone-deaf bandwagon jumping. Nobody wants to be seen as commercially using this war as a means of enhancing their reputation or advancing their commercial position," he adds.

Russian links
For those western brands with either Russian staff or a Russian heading up the company the dilemma of how best to respond the conflict is particularly acute. Chelsea owner Roman Abramovich now sanctioned by the UK government has faced pressure to condemn Putin's invasion of Ukraine. The Chelsea owner who is trying to sell the football club with the "net proceeds" going to a charity supporting victims of the war in Ukraine, has stopped short of criticising the Kremlin's military action.

Meanwhile Nik Storonsky, the Russian-born billionaire co-founder of neobank Revolut, announced that he opposed the war and made a sizeable donation to the Red Cross Ukraine appeal. Storonsky, 37, grew up in Russia but is part Ukrainian descent and many Revolut employees live in Ukraine and Russia. Henderson says it is incumbent on brands with strong Russian links to make a public statement on the conflict. "That is required from brands, otherwise they will be seen to be on the wrong side of the war," he says.

He points to the example of Russian vodka, which customers have lost their thirst for during the conflict and many leading British supermarkets said they will no longer stock. Heins says: "I think if a company has a lot of Russian employees, the first step would be to deliberate with your own staff on what the general opinion about it is. "And also make sure there is enough support base within the organisation to do so [make a public statement against the war]."

Conclusion
Some brands have earned their spurs during the conflict, providing speedy practical support, while others have offered well-meaning charitable support. There have been marketing misfires too, but it seems that through experience brands are becoming more attuned to deliver an appropriate message to seismic events like Russia's invasion of Ukraine.