​Is there any time and money left to create iconic product designs? 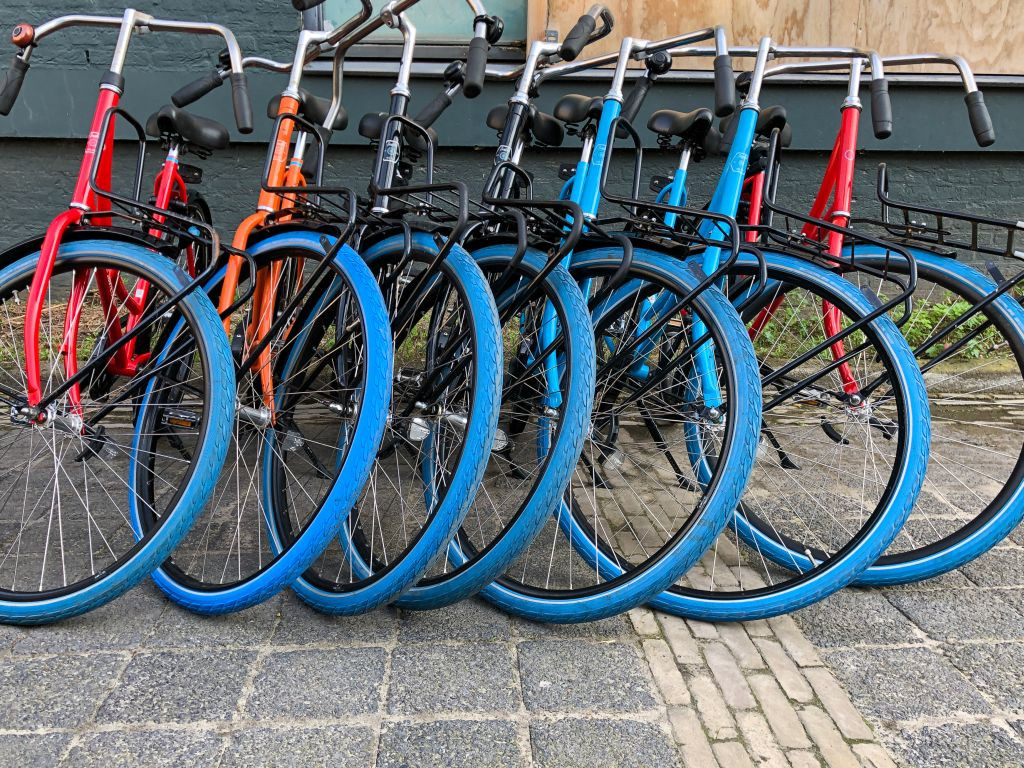 Aart Lensink of LVB recently shared an inspirational tweet with a story from the trade journal Adage about the best commercials of 2021. It was a commercial in which people from all over the world were asked to draw their idea of ketchup. What did they draw? The bottle, of course. We believe it is high time to ask ourselves this all-important question: in this day and age, is it still possible to create iconic product designs?

The great thing about iconic product designs is that they save you the trouble of explaining everything; in other words, the product tells its own story. If you use a picture of people sitting in a restaurant with a bottle of Coca-Cola on the table, there is very little left to say. The same is true for using a Heinz ketchup bottle in your TV commercial, the iconic image of an iPhone or a bottle of Kikkoman soy sauce.

Stand out among your competition
The question of how a designer can create an iconic product design is an interesting one. What conditions have to be met to realise this? Marco de Meijer works as creative director at Millford. "It is always about making things unique for the user, but also about standing out among your competition. The green Heineken bottle is green because it is not like other brands of beer. You have to say something about the brand itself with your design." De Meijer explains that his agency sometimes receives assignments that fall into the category of "iconic design," but in his experience it is quite difficult to strike the right balance between investment, time and ambition. "It is clear that marketers have the right ambition, but you also have to spend enough time and money to realise that ambition. In the past, we often used to work together with a 3D design agency, but that is no longer feasible in most cases."

You must be bold
De Meijer believes it is important to be bold - like Heineken and Heinz once were with their designs - but also to take the time as a brand to grow to iconic proportions. "To me, Swapfiets' blue tyre is a great example of an iconic design. Whenever you see that bike during the Tour de France, it is instantly recognisable. The story practically tells itself."
De Meijer believes it helps to create something iconic during a brand's start-up phase. "One good example of that is Seepje, which is also highly recognisable. From the very beginning, their goal was to create something special, something that defines the brand." De Meijer concludes, "You have to have a certain degree of freedom as a designer. There will always be limitations, but having the right budget, time frame and support gets you a long way. It is mostly about being open with each other and exploring every option. You really have to go for it! That can be quite difficult these days because marketers are only involved with a brand for a year or three and therefore lack the necessary long-term perspective." There is some untapped potential in terms of sustainability, De Meijer finds. "It helps if brands know that certain types of packaging are not possible from a sustainability perspective and they are forced to come up with something entirely new. That creates a need to truly think outside the box."

True believer
Pablo Montero, co-founder and Director at Lupe Technology, is a true believer in the usefulness of iconic design. "For me, an iconic design transcends the category, the brand, and into culture. That is why it's almost a holy grail of any designer. You go beyond your day-to-day and into something that has more reach and legacy." To him, the Vespa is the perfect example of an iconic design; you can spot one from a mile away. He does not really believe in iconic design as an ambition. "You can give yourself the best chance but if you could orchestrate it then we'd all do it. Not sure if luck is the right word but the universe needs to be smiling on you! Do brands and companies give agencies sufficient sources (money, freedom) to go for an iconic design? "I think the agencies that have the best chance of delivering iconic design do usually command those freedoms and resources as a consequence of their reputation. As a business owner I would always be wary if there were an 'iconic' mark-up as I don't think you can force it to happen!"

The blue tyre
There is something special about a ketchup bottle, the Vespa and Swapfiets' blue front tyre. That bike, which you can get your hands on via a rental plan, really does stand out in Dutch cities. These days, you can also spot them in major European cities like Milan, Barcelona and Paris. Under what circumstances was that design created? We asked CEO Marc de Vries. He talks about co-founders Dirk de Bruijn, Martijn Obers and Richard Burger, who came up with this iconic design shortly after the company's foundation in 2014. "Despite not being marketers, they quickly realised that they needed something truly unique. They came up with the idea of the blue tyre during a brainstorming session." De Vries reveals that they saved the app conversation during which they made their final choice. "It all makes sense: they were studying in Delft at the time, so they opted for Delft Blue. They originally went with two blue tyres, but that was a bit of a hassle. Replacing a rear tyre is never easy."

Since then, that blue front tyre has been registered as a trademark in the EU and a few other countries. "The blue tyre simply is Swapfiets," De Vries says. "On Blue Monday, we ran a few promotions in different cities and we had rolled out a blue carpet."

Blue tyres everywhere
The design is incorporated into everything that has to do with Swapfiets. During the Tour de France, where Team Jumbo-Visma uses the blue front tyres, the commentators spent ages talking about it during their live report. "You could never achieve that kind of effect otherwise," De Vries aptly states. Does it have a financial impact as well? "Absolutely. It will take us a year or two more to become profitable, but we can tell the concept sells itself to a degree. We rely heavily on guerilla marketing; for example, we might park a hundred of our bikes somewhere in a city. People see them and - with just a QR code - they get it almost immediately. We now have 255,000 customers in nine countries and we are even seeing competitors pop up here and there. One copycat - the Spanish company Kleta - uses a yellow front tyre. They have copied our website and mission, but we view that as a compliment more than anything."
Does he believe iconic design is always an option? "It works if the design has to be part of the company's DNA, its essence. I also believe in the power of simplicity. I used to work at Twitter. Its bird logo is made up of thirteen circles. After six years, the recognisability and simplicity of that design allowed Twitter to use it on its own, without having to include the brand name. It works because Jack Dorsey believed in that simplicity. There may be some room for growth, but I'm not sure if your design is really as iconic as you say it is: it has to be iconic. In a way, that has to happen organically."