David Jones: 'The future of marketing lies at the intersection of the real and virtual world' 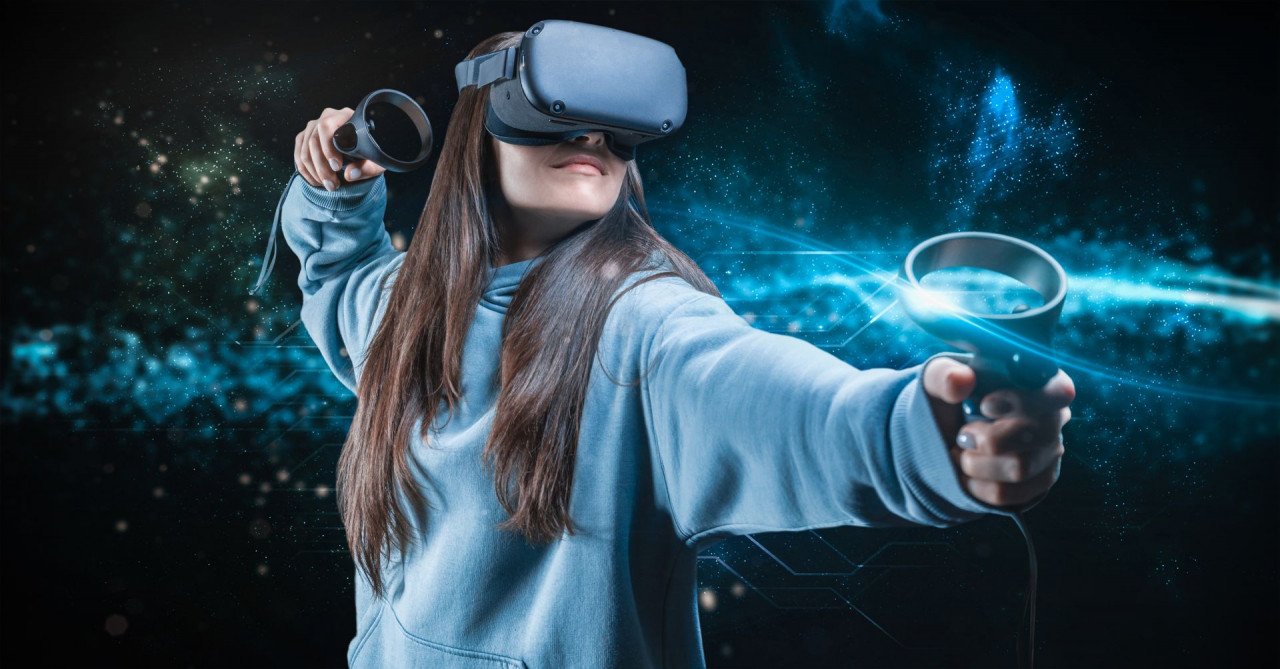 Forget the metaverse as a separate sphere, the future of marketing will happen at the crossroads of the real world, social media world and virtual world. For instance, customers buy in the virtual world, let it deliver in the real world and write a review in the social world. The future is like a multiverse, where you can seamlessly switch between the three.

Founder and CEO David Jones of The Brandtech Group is known for challenging views. In an interview to Digiday he elaborates on the idea of building a business in a 'post-advertising' world. In a widely discussed letter on his company's website he characterizes the metaverse as an 'overhyped nothing burger with no future' and immediately grabs your attention. Then he starts explaining the positive side. "The future doesn't actually lie in any one world. It's all about mixing real-world, virtual and social experiences."

It all happens where the virtual, social and real world interact
He disagrees with companies that completely reject the metaverse. "Brands, platforms and people that succeed in the future will be the ones who are excited about this new world and realize that its power lies at the intersection of the real, social and virtual world. (…) It is going to be an incredible time to be in the marketing business."

David Jones has a long career in marketing, bringing brands and tech together. He is former Global CEO of advertising conglomerate Havas, and founder and CEO of The Brandtech Group, that helps brands to improve their marketing using technology. The group, headquartered in New York, has operations in more than 30 countries.

Adding value to people's lives
He is convinced that we are heading to a 'post-advertising' world. Brands will continue to have an important role in people's lives, but in different ways. In an extensive video talk he points to the role of advertising. "You know people are circumnavigating advertising and there is an explosion in ad blockers which makes it much harder to reach people. We believe advertising will be a less and less relevant way of connecting brands and people." But there are alternatives. "If brands add value into people's lives, people are more than happy to let you have their data." In MediaPost he states that if brands add value to people's lives, it will be easier to connect with them, so purpose should be a central element.

How purpose is linked to the metaverse
For Jones the metaverse and purpose are intricately linked. "The metaverse will turbocharge the movement from profit to purpose." Young people now think differently than previous generations. "They increasingly won't buy your products if you don't have a purpose beyond profit and they won't work for you either." More and more companies try to embrace purpose in some way, but Jones was a frontrunner before it became fashionable. Ten years ago, he wrote a book on the subject 'Who cares wins: why good business is better business'. In the book he argues that the most successful business leaders in the future will be those who are the most socially responsible. He sees it as a golden opportunity for brands. 'Businesses have to stop merely playing with the idea of being socially responsible, or risk falling short of their customers' expectations.'

Now, in the nascent metaverse with so many young people around purpose is no longer a choice. The same applies for a future where the metaverse, social media and the real world interact. "Younger generations are living more and more in digital and virtual worlds," he says. Jones' metaverse is different from Facebook's or Microsoft's approach. He describes it as a place where technology assists people in the real world rather than allowing them to get completely lost in a virtual world. It is about interactions between these worlds: what happens in the metaverse will ultimately benefit the lives of people in the real world.

The metaverse compared to the revolution of the iPhone
Jones has always been fascinated how the iPhone conquered the world and he believes the beginning of the metaverse has some similar characteristics. Just to have an iPhone doesn't make sense. "What made the iPhone so incredible was the ecosystem that grew around it, from Google Maps to Uber to Airbnb to YouTube, Facebook and Instagram. The ecosystem that grows around the metaverse will dictate whether it's just gamers sitting at home or the most important technological revolution of the 21st century."

During the video talk, he analyzes how marketing changed as a result of the mobile phone. "When the mobile phone came along it disrupted marketing beyond belief. It created literally hundreds of new channels with all the formats that go with them. It turned every single person on the planet into a content creator. So, if you were a global CMO you were sitting there and suddenly you needed to perfect the technology marketing playbook. (…) We realized what we really needed was someone who was both expert in brand and tech." The marketing world adapted to it and the same could happen when the metaverse takes shape.

The arrival of a new generation of glasses
Marketers also express their doubts about the metaverse. Are people really going to wear heavy VR sets, losing every contact with the real world? Jones sees an alternative. In the future, you will not need a headset anymore, but a modern version of glasses that will add virtual worlds. The VR headset experience is getting better and better, as Jones writes in his open letter, but it cuts people off from the real world. He expects a next generation of glasses will be more sophisticated and develop further as the hardware of the metaverse. Glasses that will allow you to view AR, VR or just plain reality.

In some gaming environments it already happens that you order a real product to be delivered at home. We will probably order products in the metaverse like we are doing now through social media. For the moment, virtual products are booming. Adroit Market Research indicates that the virtual goods market will be worth $189 billion by 2025. Nike has acquired virtual product company RTFKT that is designing and selling virtual sneakers. Jones compares Nike's acquisition to Facebook's acquisition of Instagram. At that moment Instagram didn't have any revenue. "Most people thought it was an overpriced deal. Today, most people think it was the biggest bargain in tech. It's not impossible that RTFKT will play the critical role that Instagram has played for Meta."

For younger generations virtual products are becoming increasingly important. "What's interesting is those under eighteen who are spending much time in digital worlds don't actually call it the metaverse. It's just how they live their lives and it's their world. In a world like this, owning digital and virtual products makes a lot of sense."

Jones acknowledges that there is still much uncertainty how the metaverse will develop, but the same applied to the introduction of the iPhone. The benefits depend strongly on how the ecosystem will grow. Marketers can expect plenty of opportunities to try out how it can work. "It's going to be an incredible time to be in the marketing business," Jones concludes.