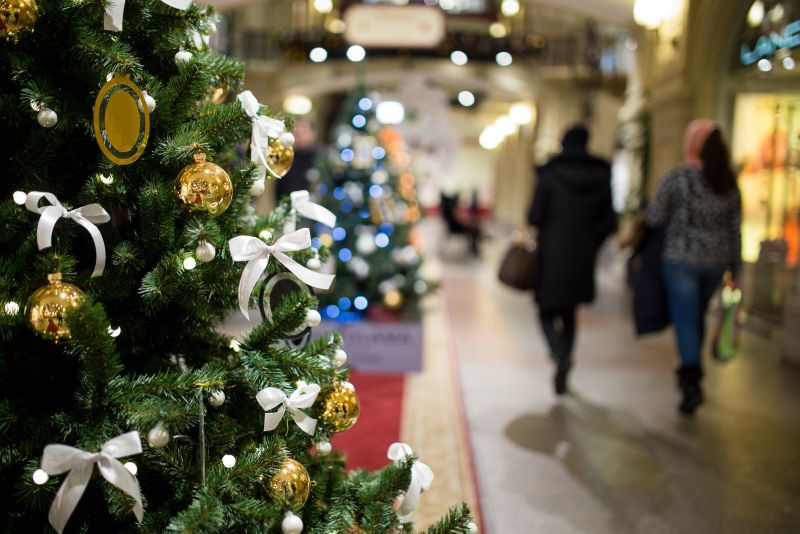 Q4 is typically a very busy and stressful time of year for media and creative agencies the world over, including UK and Netherlands-based agencies. Brands wanting to cash in on splurging Christmas shoppers, devising last minute campaigns, and the finalising of year ahead budgets and strategies can make it a sleep-deprived few months for agencies.

Not to mention Covid-friendly Christmas p arties to organise and attend! If that wasn't enough, a global pandemic has ramped up the workload on already time-starved agency folk. But there appers to be a schism between Netherlands-based and UK agencies on one big issue.

While agencies in the Netherlands appear not to be feeling an acute Covid impact on their already stacked Q4 workloads, agencies in the UK stress that Covid has wrought major implications on their workload, both short and long-term. Dino Myers-Lamptey, founder, strategy agency, The Barber Shop, said: "The last quarter is always busy, even with last years disruptions and lockdowns. The end of year routinely sees businesses and marketing teams rush to get sales up for year end, while also attempt to plan strategy for the year ahead, before all the Christmas parties and holidays begin. Ultimately it's more work with less time to do it. In terms of macro level changes. Yes, post-pandemic marketing is a world of a lot more questions and changing plans, so it requires a lot more strategy and guidance, even when budget may not be increasing overall."

In the Netherlands
Jos Govaart, co-founder and managing director of Rotterdam–based communications agency Coopr, said Netherlands-based agencies are always busy in Q4, irrespective of Covid-19. He puts this principally down to advertisers being "unsure" of their long-term strategies, which is why they always "overspend" in the last quarter of the year.

He said this short-termist approach, which heaps work on agencies, was particularly noticeable in the insurance sector. Govaart said this overspend flies in the face of long-standing research, showing that brands should spend a higher proportion of their ad spend on brand building compared to brand activation and performance marketing. Instead of a short-termsist approach, he said: "There should be more budget and love for the art of strategy and creativity. That starts with a different kind of thinking. That also requires maybe different people at the client side."

On the Covid impact, Govaart said the pandemic had "some implications", citing some advertising spend being withheld and some companies laying off a "lot of people". Sven Vening, managing director at the Amsterdam-based creative agency dentsuACHTUNG, is in agreement about agencies being under the cosh in Q4 saying they had double their workloads. He said this daunting workload had been like this for years. The Q4 mix includes, he said, X-mas campaigns, year strategy 2022, and creative ideas for beginning of next year. "And smart clients always have some budget left, so time to make another cool piece of content which stands out. And always flirting with new clients and projects," he added.

Comparing this year's workload to 2020, Vening said it was "always the same", though said there was more new business this year than last year. On the impact of Covid, he said the only downside was dentsuACHTUNG staff were working from home again. "And the best ideas you make together in our brand new office which is totally rebuilt for only one thing; teamwork," he rued. On whether it is possible to spread the Q4 workload into next year, Vening said: "We always try, but in the end, we are working for clients, and if they are late, we are late."

In the UK
While agency executives in the Netherlands say the Covid impact on their workloads has not been seismic, UK agencies feel the pandemic seems has cast a deeper spell, with micro and macro implications. According to Simon Davis, founder of media agency Walk-In Media, there are myriad factors, spawned by Covid, which have led to an extraordinary busy Q4 for agencies.

He cites agencies working round the clock on Covid- delayed product launches for Q1 2022, Covid-delayed pitches now running, as well as a logjam in production, which means everything is taking longer and is harder to produce. "December is always busy," Davis said, but it's "more intense this year because of the breath and scope of it". Myers-Lamptey, meanwhile, says: "The uncertainty of lockdown last year had a big impact. Lots of work but lots of plans cancelled and little reward."

Deeper problems for agencies
Agencies across the world, including in the Netherlands and the UK, culled staff during lockdown as they worried about their bottom lines. The cuts were particularly severe at some of the big agencies groups, with Publicis, WPP and Dentsu culling thousands of staff due to the Covid downturn. But now, as the world returns to some kind of normality, some believe the big networks were foolhardy to cull so many staff so quickly, which is further leading to increased workloads in Q4.

Davis, for one, says the industry has made a big problem for itself, with a current major shortage of staff. Davis said: "The industry has made a bigger problem for itself because, the truth is, all the networks in particular, laid off 20 to 30 per cent of their staff during lockdown. And they've now just been ferally rehiring." The impact of this, experts say, is that big networks are now often overpaying for under qualified for staff- as the talent pool is thin as many fired staff have left the industry- so as justify charges to clients. One agency head calls it "ludicrous" while Davis says it's a "lose, lose" for everyone, as salaries are being inflated, agencies are having to cover for staff shortages, while clients lose out as they get less expertise.

A further disruption, adding to agency workload in Q4, has been agencies getting into the swing of the new working rhythm, with most agencies in the UK operating a hybrid struck of working from home and in the office. Davis says that agencies are now settling into the new working model, after previously "productivity took a knock" when agency staff first retuned to the office following lockdown.

But the strain of orgainsing client visits, briefings, pitches with still so much uncertainty about working life is causing a further strain on agency bosses in the quarter. It seems Netherlands-based and UK agencies have to contend with many challenges in the quarter. Some perennial, some Covid-related. They will be hoping that next year, as normal life increasingly returns, they may even get chance to enjoy the occasional Christmas party.

Sally Hogshead: It is good to be better, but it is better to be different