Do You Need A Sonic Brand? 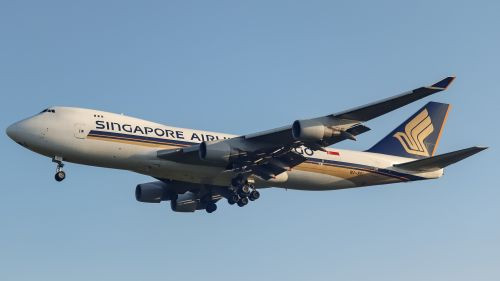 In March of this year, Singapore Airlines announced an update of the floral design that has been central to its branding since 1968. Based on a traditional batik pattern, the airline's new motif is a highly stylised rendition of ten flowers - all native to Singapore. Most obviously, the refreshed pattern will be seen on cabin crew uniforms.

No surprises there, you might think. We've all become accustomed to global brands refreshing their visual collateral every once in a while, but Singapore Airlines had another trick up its sleeve. In tandem with the creation of its new batik, the company also commissioned the creation of a complementary "sonic brand" by UK-based agency, DLMDD. As Max de Lucia - co-founder of DLMDD explains - creating an aural counterpart to a long-established visual theme was not a straightforward task. ,,It was a very ambitious project, he says. ,,We had to find a way to translate a beautiful floral image into sound.''

The first step was to use Artificial Intelligence to map sound frequencies onto the equivalent colour frequencies of each flower on the batik - a process carried out by musician and academic, Dominic Murcott. Once this had been done, composer Rohan De Livera wrote three separate but linked pieces of music, designed to be played, respectively, in airport lounges, at the point of boarding and immediately after landing.

All of which suggests the commissioning of a sonic identity is not necessarily something that should be undertaken lightly in 2021. Yes, you could be talking about something relatively simple - such as Intel's three-note signature or the McDonald's whistle - but a brand could also be looking at the budget required to deploy artificial intelligence tools, pay one or more composers and hire an orchestra.

So a brand manager might well ask, is sonic branding a necessity and if so why?

Growing Interest
According to de Lucia, there is certainly growing interest in the concept. ,,A few years ago, if you spoke to chief marketing officers about sonic branding, they wouldn't know what you were talking about, but that has changed. Music is no longer an afterthought." As he sees it, changes in the media landscape are focusing minds on the potential of sound. For one thing, although we live in a world of multiple screens, many opportunities to engage with consumers are now audio-only. ,,We're living in an audio world," says de Lucia, citing podcasts and home tech such as smart speakers.

In that respect, brands that don't take audio seriously, are arguably missing an opportunity. In addition to interactions via smart speakers, internet radio, music streaming services and audiobooks, sound can also be used to underline brand values in venues such as hotel lounges, shop windows and ( as is the case with Singapore Airlines) various points around airports. But there is a bigger point to be made - namely that sound is evocative.

Al Young is Chief Creative Officer at advertising agency St Luke's London. He says brands often fail to appreciate the power of sound to create an emotional response - and to stick in the memory. ,,If I asked you to recall conversations from five years ago, you could probably only remember snippets," he says. ,,And yet I'm guessing you could remember all the lyrics to the host of songs. When you couple language and sonic devices you have something that has extraordinary potency."

So the theory - as expounded by advocates of sonic branding - is that music, jingles and other devices build strong relationships and associations between brands and consumers. It's a seductive argument - most of us acknowledge the power of music and sound - but is there really any evidence to suggest sonic branding delivers a return on investment? Does it increase awareness, promote a greater sense of engagement brand and awareness or ultimately drive sales?

Research carried out by British polling company YouGov on behalf of DLMDD suggests yes - at least to a degree. The study found that among young adults aged under 35, one in three felt more favourably inclined towards brands with a recognisable sonic identity. A slightly lower proportion of the same group - one in five - said they would be more likely to purchase products from such brands. Across the adult population as a whole, however,audio seemed less important.Meanwhile, a separate study - the Power of You by IPSOS - found that ads featuring distinctive audio assets were 3.4 times more likely to score highly in terms of engagement.

Establishing A Sonic Brand
These days, sonic identity building can take many forms. It can be a piece of music, a MacDonald's I'm loving it-style jingle or even simply a sound that immediately brings a brand or product to mind. For instance, as Al Young points out, ads by British cider company Strongbow have for many years concluded with the sight and sound of arrows hitting a wooden bartop. Today, the sound on its own is instantly recognizable. It's a non-musical sonic asset.

Sefi Carmel - a composer and CEO of Soundtrack Creation agrees. ,,You can identify a brand not only by music but also by sound design," he says. Music and sound can be interactive tools within an app. For instance, language app Babbel commissioned DLMDD to create sounds to accompany language learning. In the gamified world of language teaching, students are rewarded with sounds to reinforce their successes - when they get something right - and failures. Babbel chose a perfect fifth interval as the sonic indicator of success and as a brand component.

Songs and Devices
There is a distinction to be made between branding and the music or sound design for use in a one-off campaign, but the two can be linked. Young cites an ad campaign developed by St Luke's London for UK supermarket delivery company Ocado. In addition to the visual cues, an original song was commissioned to underline the brand values. This has since been spun out into a signature.

,,So they had the song," says Young. ,,They then created a sonic device - a signature - derived from the music. Thus, the emotional response elicited by the song is later distilled into a branding signature." Young stresses the need to have multiple assets, both audio and visual to deploy across a range of touchpoints. Matching a sound palette to brand values is part art, part, science. Often, the starting point is a discussion about the emotions that the brand wants to evoke. ,,These days, a brand might say it wants to evoke the idea of sustainability or a sense of being organic," Carmel says.You then sit down and discuss how those goals can be translated into a sound palette." The target audience also influences the approach. ,,You might opt for Electronic Dance Music for a young audience or something jazzier for an older group."

The biggest challenge in the first instance, is in finding a common vocabulary. ,,Words, such as 'upbeat' have lost their meaning - they have become devalued," says Carmel. ,,So for me it is really about understanding the demographic and the emotions that are required. The metrics for sound branding are still being worked out but they do reflect the measures for other brand assets. ,,We do a lot of consumer testing," says de Lucia. ,,On metrics such as brand life, equity and recalls.''

A question remains. It's generally acknowledged that sonic branding isn't as widely used as it might be, so why is that the case? Young says some brands look at sonic identifiers such as those used by Go Compare insurance or intel and think they are irritating. Indeed, they may well be, but they do work like all good earworms they do get into the brain. ,,Branding doesn't have to be liked to be effective," says Young. Perhaps a bigger factor is the fear of entering uncharted territory but in an audio world, some brands at least are working with agencies to map out the strategies. Others seem likely to follow.