'We want to become the Airbnb of the mobility industry' 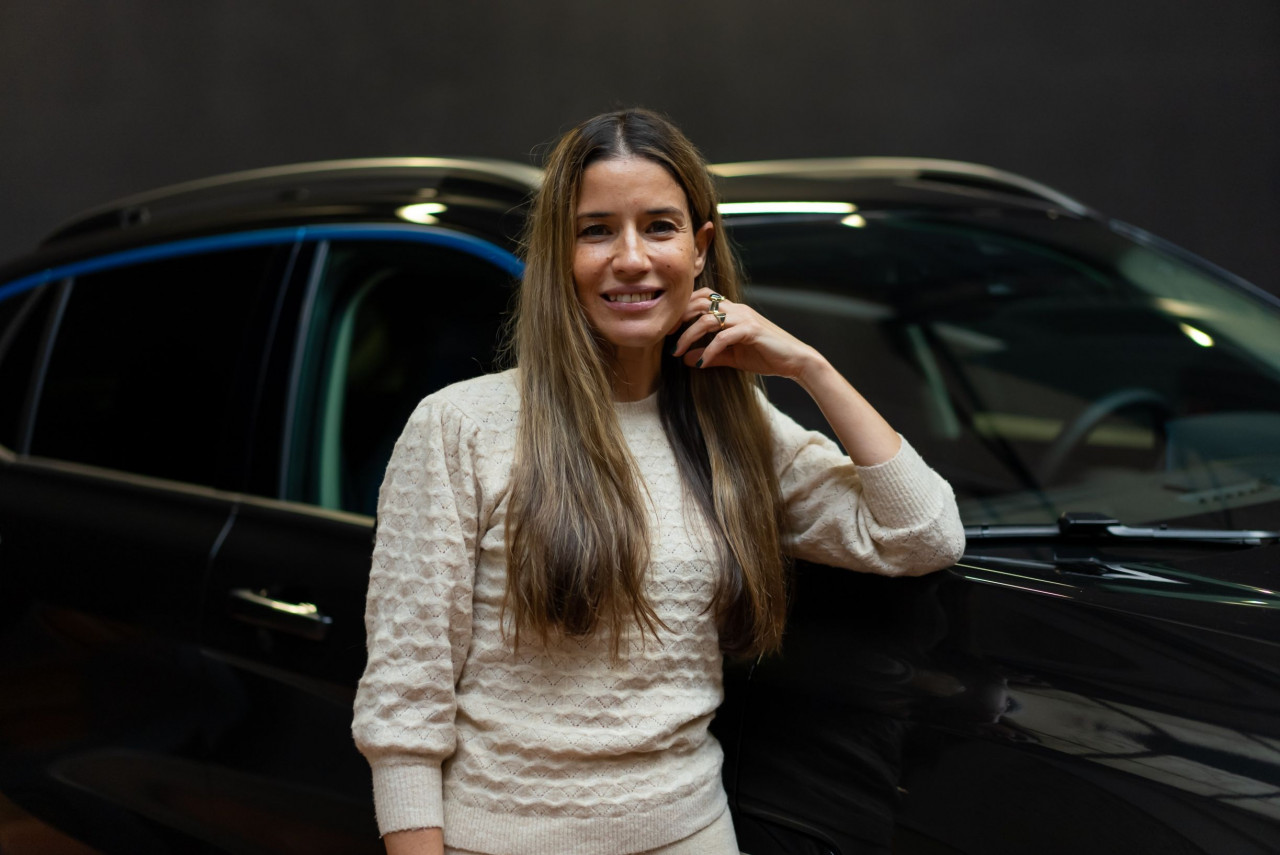 The new Chinese-Swedish mobility brand ('car make' wouldn't be an appropriate term) Lynk & Co has recently stepped up its operation, and is steadily building on the concept of platform and community. Lynk & Co is offering a lifestyle and subscription, as well as access to various clubs that are now opening across Europe. 'We want to become the Airbnb of the mobility industry'.

Founder and CEO Alain Visser worked in the automotive industry for years, which he considered to be terribly outdated, and his Lynk & Co launched a mobility brand instead of a standard car make. The membership is the product, which was in response to the statistic that cars people own are stationary for 96 percent of the time. Such a concept is revolutionary in the notoriously staid automobile industry. For 500 euros, you get a subscription and the car – the '01' – on your driveway, but it is precisely because of that '96 percent stationary' principle that you're also able to share the car with others. If you agree to, you'll pay less per month. The subscription can also be cancelled at a month's notice. 'The world doesn't need another car make, it needs a different one', was the message of the commercial at the launch. Still, if you want to be the proud owner of an 01, you can also just buy the car. Sustainability and diversity are definitely two key factors at Lynk & Co; for instance, the brand is looking to implement sustainability across the board, and therefore also within the car itself. As an example, there is no leather upholstery, but recycled fishing nets are used instead.

Clubs for the members
Because they're all about community, sharing and a platform, Lynk & Co is currently opening clubs for its members all over Europe. There, they can meet up in a bar, or watch a movie, as well as attend the various events – Covid measures permitting. The Netherlands and Sweden were the first countries where Lynk & Co first set up, and where a club was opened earlier above its offices at Amsterdam's Rokin. Telma Negreiros, PR & Communication Vice President, based in Berlin, says that two new clubs have now opened in Antwerp and Berlin. Three more will follow in the new year, including Barcelona in the first quarter of 2022.
Negreiros: ,,Lynk & Co offers three types of clubs. For example, Amsterdam, Antwerp, Berlin and Barcelona are here to stay. In addition, a number of pop-up clubs will be operational for about 18 months to two years. In a larger market, it's nice to have physical touchpoints where customers can just stop by." The third club form is the tour, whereby Lynk & Co will come to you.
According to Negreiros, the number of memberships is growing faster than expected. ,,The annual target for this year was 9,000, but we have tripled that, as it's now 27,000 and counting. I think people are very interested in the new mobility concept within the automotive industry. The feedback we get is 'we love Lynk & Co'. You can never really state that about yourself as a brand, but of course it's always great to hear. Naturally, we have put in a great deal of effort in terms of marketing and PR, but the most important thing is the word-of-mouth from the consumer."

The Netherlands is the surprising leader when it comes to the number of subscribers, although the Netherlands did have a head start, along with Sweden. And what about the distribution of memberships? The Lynk & Co idea seems to be catching on. ,,We thought that 70 percent would go for the monthly membership with the sharing option, and 30 percent would purchase the car. Now it appears that so far, 95 percent are opting for membership. That means that people definitely find it works best if they can cancel every month and earn money back. With the current fluctuating economy, people have to be more in charge of their budget.''

Sharing economy
,,I think we're heading increasingly in that direction in terms of the sharing economy,'' Negreiros expects. ,,You even have a sharing subscription for sneakers these days. Back in the day, Netflix and Airbnb were still small-scale operations, and none of us could imagine anyone staying in our own house with our own stuff. It's now a gift that I can decide for myself when to sublet my home. I can make money while I'm abroad. The same principle can also be applied to cars. In addition, people are open to trying something new. Lynk & Co came onto the market just in time. People no longer want to be tied to long contracts, or leave their car unused on the drive for a long time."

Disruptive PR
The largest target group for Lynk & Co is between 30 and 40 years old, but also beyond that. ,,We are basically there for anyone who is ready for a new mobility option." Through boldness and 'sticking your neck out', Lynk & Co opened the marketing offensive, and the brand continues to do so. This includes what Negreiros calls 'disruptive PR and communication'. What exactly does she mean by that? ,,One example is that we issued a press release about the gender split within our organization. Our aim is 50 percent women, 50 percent men, which includes the division in management staff. In our press release, we came up with the message: we're not there yet. So we want to enter into a dialogue and establish a pledge. PR is another area that has always remained a bit old-fashioned, and we were looking for a different approach. For example, we have several spokespersons who share the idea behind Lynk & Co. This is common in the fashion and music industry, but not within mobility or car manufacturers. Because we do things differently, we can also make more bold statements to the press. Normally I would say to the CEO: 'Alain, let's not do that right now, or do it differently'. But in terms of communication, we are rather Dutch as it happens, in other words: quite direct and telling it like it is.''

This attitude also includes coming up with ad hoc ideas. ,,On Friday we have a brainstorm where everyone within the organization can contribute ideas. We could then carry it out the following week if necessary so to speak. The ability to switch very quickly and stay relevant is very important in PR and communication. Testing is also part of that. If one thing doesn't work, we'll just come up with something new." Of course the next phase would probably be looking at suitable influencers. ,,We get quite a lot of requests in that sense." The brand is now looking for collaborations within music and film, such as sponsoring the Milan and Sweden film festival. ,,If we find a certain event really matched with the brand, we'll sit down and come up with something that is very Lynk & Co. It has to somehow stand out."

Togetherness and like-minded people are the biggest connecting aspects of the brand and the community. ,,We address them in their own language and offer them the opportunity to come together in the clubs." Lynk & Co has the ambition to become the Airbnb of the mobility industry and is keen to venture further into Europe. ,,Europe is a nice springboard for the rest of the world, but before that we first need to ensure our Europe operation is solid. But watch out world, we're coming."