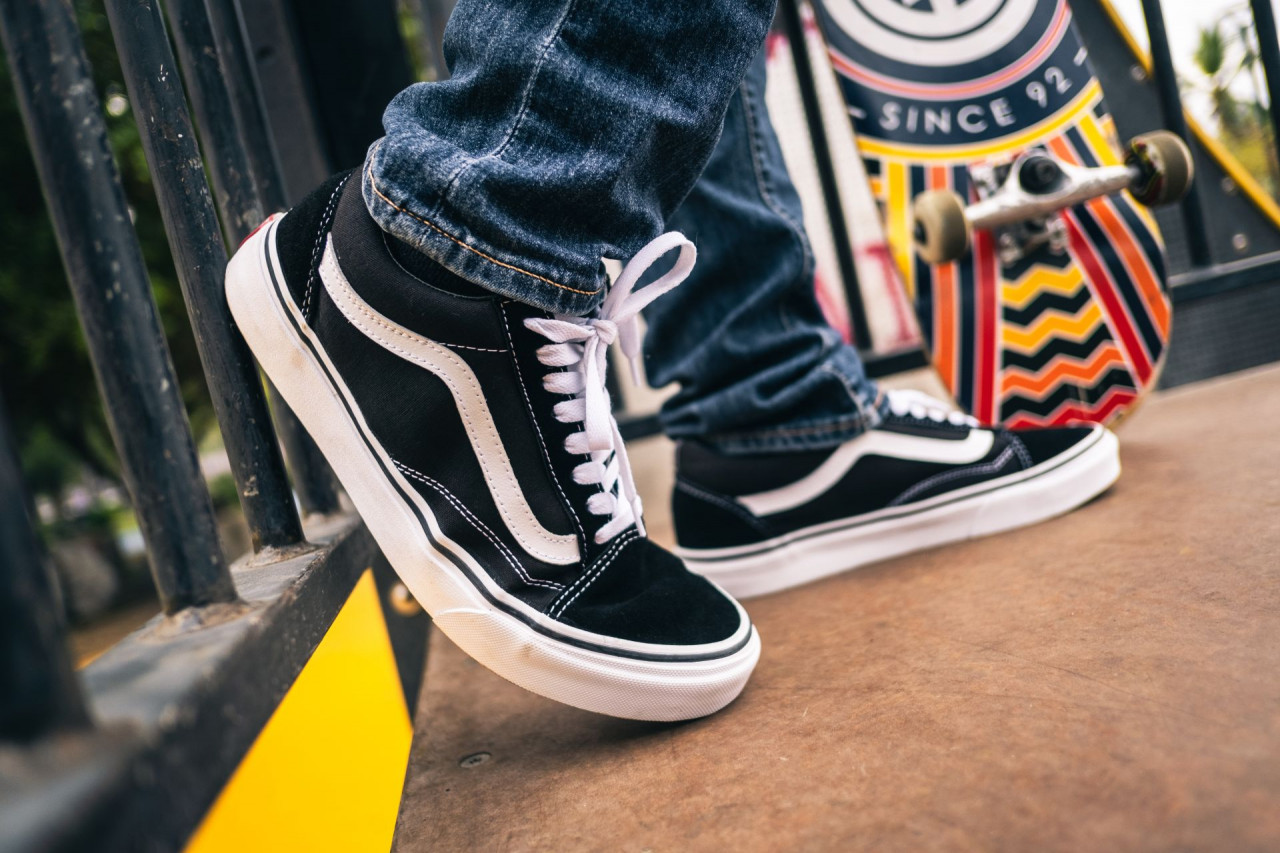 The shoe brand Vans was a major player in the skate scene. However, the brand became mainstream with the help of a fascinating brand strategy - all without losing its credibility among its original target group. Kieran Best, Client Director Insight & Strategy at Brand Potential: 'You see people of all ages wearing Vans shirts and shoes. They did a really good job there'.

After having worked at a shoe manufacturer for several years, Paul van Doren and his brother James (and their business partners Gordon Lee and Serge Delia) founded the shoe brand Vans. In 1966, they launched House of Vans; a store where they sold their own brand of footwear. Paul van Doren passed away last year at the age of ninety. When it came to marketing, he always possessed a keen ability to embrace cultures, such as that of skaters. He was fond of saying: "We are not a shoe company, but a people company." In New York Timmer (2009) he said: "Everybody else was kicking these kids out of the park, kicking them out of pools. And here's a company listening to them, backing them, and making shoes for them." Among other things, the company paid professional skateboarder Stacy Peralta to wear its shoes. The brand's popularity really took off when Sean Penn wore Vans in the 1982 film "Fast Times at Ridgemont." Between the eighties and the noughties, the shoe brand lost a significant part of its market share until an enormous revival around ten years ago turned things around. What happened?

Brand strategy
To answer that question, we go to Doug Palladini, global brand president for Vans, who has been with the company for eighteen years. During the 2019 BBD summit, he shed some light on Vans' brand strategy. It is about how Vans got its start as a skateboard brand. "We went looking for what the worlds of action sports, art, street culture and music have in common and landed on 'creative self expression.' What if we were to facilitate that self expression as a brand? It opened new doors for us, because it allowed us to make the jump from niche to mainstream and even become big in China. "Your purpose is why you are here on the planet as a brand and your culture is how you put that into practice."

In an interview with GroupY, he discusses the brand's strategy during the coronavirus pandemic. About how they first took care of the tens of thousands of employees, including the retailers, before switching their attention to e-commerce and about how they also took care of their fans by contributing to self-expression in the worlds of art, action sports, music and street culture. "The best example is our shoe box challenge. We asked people what they can make out of an old shoe box. It is not just about sales; people were bored and we gave them something to do."

Senses
Palladini joined the company in 2004, during the period that Vans became part of VF Corporation (which also includes such brands as Eastpak and Timberland), as he explains in The Circle. About the corona crisis: "We lost one of our senses; despite our four billion in revenue, we are a family business at heart. We are not the kind of company to buy advertising space during the Super Bowl. Instead, we get people on board one at a time. That is why we made the Bouncing off the Walls content: a series about how fans of the brand kept themselves busy while confined in their homes. "The fact that we do not try to be everything to everyone is an important factor in our success. We focus on our purpose, which is to facilitate self-expression in action sports, music, art and street culture. This also means that not everyone will feel at home with our brand. For example, we are not involved in the basketball scene." The interviewer asks why the brand is so popular among chefs. "Many chefs used to skateboard, but it is mostly about the underlying mentality. The culture in a kitchen is very similar to skateboard culture; it is black and white, you have your own style and people are highly driven and creative. To thank them for their support, we created special Vans shoes for them: the Made for Makers Vans. This is how our brand continues to evolve and we find new subcultures."

Design it yourself
Another good example of that creative self-expression is the fact that people can design their own Vans footwear. "When you create your own design on your phone and then wear it on your feet, that is a win for our brand. When a brand becomes part of someone's personality, you know you did well." He makes another interesting point. "Whenever I tell people I work at Vans, they have a fun anecdote to share. "I was wearing Vans during the first concert I ever went to. When we realised that, we began asking people to share their stories, which ultimately became the book Stories of Soul."

Kieran Best, Client Director Insight & Strategy at Brand Potential, finds it remarkable that Vans has managed to appeal to such a broad target group without losing its popularity among its original audience. "You see people of all ages wearing Vans shirts and shoes. They did a really good job there." He explains that most brands that make the jump from niche to mass market become less interesting to insiders. It is like an excellent record that sounds too commercial to the band's original fans. "You can only achieve this by staying very authentic." He is happy to explain the underlying shift that took place. "They started out by saying 'we are all about self-expression' and then they expanded to areas outside the skateboarding scene, such as music and film."
Best gives a few examples that show Vans is not mindlessly chasing mass appeal, but rather carefully chooses its partnerships. He is referring to e.g. the collaboration with the hit Netflix show Stranger Things in the form of a special Hellfire Club edition of Vans. "They are making all the right choices and work with parties who understand the Vans culture. They often start small and grow along with them, so it genuinely comes from the bottom up." Once again, self-expression is key. Another example is Yungblud, with whom the brand has collaborated on 'Vans Musicians Wanted,' a project that gave upcoming talent a chance to submit their work. A final example is the partnership with cartoon artist Denzel Curry: not a household name, perhaps, but undeniably popular among the target group. "These things are only possible if you have a keen understanding of what subcultures to embrace. They are building things up from the bottom and that is something quite unique..."