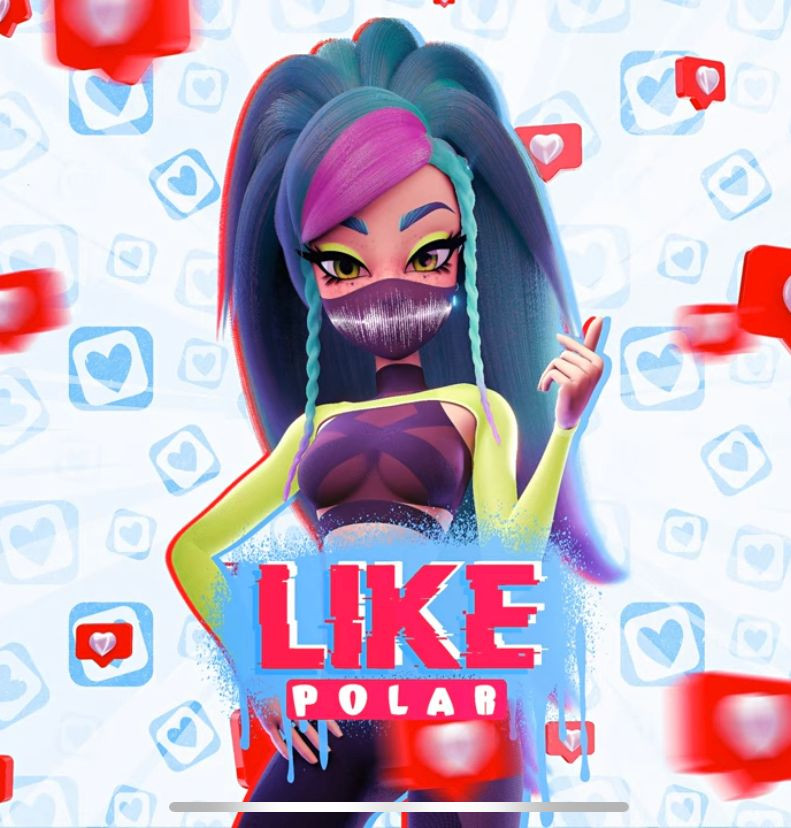 Polar is not the first influencer in the metaverse, but she is different: a virtual pop star with her own songs and millions of views. She is not a real pop star who sometimes performs in the metaverse. Polar was born as a digital artist in the metaverse. But she has also given a concert as a hologram before a real audience. Digital pop stars like Polar offer new opportunities for brands. "We are merging the virtual and real worlds."


What is exciting about metaverse pop stars is that fans can meet and dance with them in a 3D virtual world. The new metaverse star Polar seemingly enjoyed dancing with avatars of fans during her performance at the Solar Sound metaverse music festival, that took place in the game Avikin Life.It is easy to see why metaverse pop stars are attractive to businesses, Forbes writes. They are programmed to behave exactly as their makers want them to do. They never age or make excessive demands. They can be designed algorithmically to provide everything their fans want. Behavioral data of their fans can help create a nearly perfect pop star.

A huge audience in the metaverse
Polar is a creation of media company TheSoul Publishing. There is a team to make Polar successful. "We have people that write the songs and create the music. We have people that do animations via motion capture for the dancing. We have social media managers to make sure that we are engaging with our fan base on over 25 platforms. It is a very agile and focused team to bring Polar into being," says Patrik Wilkins, VP Operations, in a video interview. The focus is on the metaverse, but the team is considering more real events where Polar performs as a hologram on stage, Reuters reports.

The songs for the virtual singer are created with 'a touch of artificial intelligence'. "We are using AI for some of the Polar songs, but on an experimental level. In the future the entire song may be written using AI." But it is not just technology that makes the digital artist special, it is also the emotional connection between the character and the audience, the company states. By day Polar is supposed to be a simple girl, but as the lights go down she would turn into a rebel singer fighting for her freedom and individuality, the young people's rebellion. "People want me to follow their stupid rules, but I am nothing like that. And no one will stop me," Polar is quoted in a press release, showing how storytelling can work as a marketing tool. Wilkins expects that brands will be interested to work with the virtual artist in the same way they work with influencers. "When digital artists appear in the metaverse they are wearing clothes, they are doing certain things. There will be brands that match with these things." They will find an audience of young people who are tech savvy and interested in culture.

Not everyone is happy with the virtual pop star
There is, however, also criticism towards the virtual pop star. Some virtual YouTubers (known as VTubers, who use a virtual avatar to create online content), point to the many negative comments on social media. VTuber Obake PAM wonders how Polar could have millions of views yet nobody had heard of her or her songs. PAM suggests that Polar gets a huge number of views by pushing her videos as ads. There is nothing wrong with doing that, but as a brand you would prefer a pop star with a huge number of spontaneous fans. On YouTube the millions of views come together with many negative comments on the music and the performance. Some visitors joke the song is good when played on mute, while other comments are directed at Polar's design and animation. The Daily Mail expresses concerns about the safety of the platform Avakin Life. Polar draws in crowds of teens as she performs in the Avakin Life metaverse, but parents say that the platform is not safe for children. One called the characters hypersexualized, while others were worried about the lack of age verification.